The Association of Investment Companies (AIC) is to call on the FSA to withdraw its proposals to restrict the distribution of some investment companies, as set out in its consultation CP12/19 ‘Restrictions on the retail distribution of unregulated collective investment schemes and close substitutes’.

The proposals would prevent advisers from making recommendations to ordinary retail investors on VCTs and certain non-UK domiciled investment company shares (including companies with private equity, property and other portfolios of ‘alternative’ assets). This could significantly restrict the ability of consumers to gain exposure to these asset classes, even though they could help meet their saving and investment needs.

The proposals do not affect investment trust companies, which have been explicitly excluded from the measures.

Ian Sayers, Director General, Association of Investment Companies (AIC) said: “The FSA has an important role in protecting consumers and the regulator is right to be proactive in pursuit of this objective. Unfortunately, in this case its proposals have missed the mark.

“It has set out rules which will affect many products (such as VCTs and certain non-UK investment companies) which do not create the problems the FSA is concerned with. At the same time, the rules would not affect the distribution of other products (including certain UCITS) which might be problematic when sold inappropriately to an ordinary consumer. The danger is that the FSA will arbitrarily curtail the distribution of some products without tackling the root causes of poor consumer outcomes.

“The major cause of the consumer problems identified by the FSA has been sales to retail investors where advisers were inappropriately incentivised by commission or did not understand the products they were selling. This should be tackled by embedding the distribution reforms envisaged by the Retail Distribution Review (RDR). This will achieve the FSA’s objectives while guarding against any false sense of security which could be created by arbitrary restrictions.” 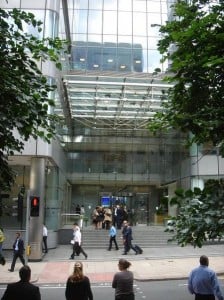 Spain ups the ante over Gibraltar