Aid is not a business opportunity

“Directing billions of pounds of aid money to UK businesses may be good for the coffers of Coca Cola and Tesco, but this isn’t the role for aid. There is little evidence that private sector aid works, and there is plenty of evidence that strengthening public services like health and education in developing countries reduces poverty. Aid should always be about creating a more equitable society. It should never be about boosting returns for British shareholders.

“Recent experiments in privatising aid in this way have led to seriously lacklustre results. Nike’s DFID-backed Girl Hub project was slammed by the aid watchdog ICAI as having “serious deficiencies in governance” while DfID’s support for a US company called Dominion Farms in Kenya has led to the displacement of thousands of local people. 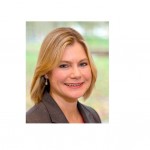 “The government is treading a dangerous line in its rhetoric. By seeking to make aid benefit UK companies, it risks harking back to the dark days of tied aid, when countries were forced to buy UK goods and services in exchange for aid money. It is widely acknowledged that tying aid to expenditure in the donor country is bad value for money: the OECD estimates that tied aid bumps up the cost of aid projects by 15 to 40 per cent.

“Formal tied aid is now illegal, as was confirmed by the World Development Movement's groundbreaking Pergau Dam case in 1994. But Justine Greening’s rhetoric about helping UK companies benefit from aid may send the wrong signals to developing country governments who may assume that UK assistance comes with a price tag attached. This is a retrograde step and is unlikely to help the world’s poorest people.”