• £2.4 billion raised, double the money raised in the previous year

• Net gain of 12 companies this quarter

The Alternative Investment Market (AIM) has delivered its biggest year for IPO money raising since 2007, according to UHY Hacker Young, the national accountancy group.

Research from UHY Hacker Young shows that over the last 12 months £2.4 billion has been raised from IPOs on AIM, the largest sum since 2007, and more than double the £1.2 billion raised in 2013.

Laurence Sacker, Partner at UHY Hacker Young, comments: “Investors’ support for AIM IPOs shows that their appetite for the types of returns and potential risks that a growth market like AIM can offer has held up remarkably well, despite the plug being pulled on several high profile Main Market listings.

“There is a risk that the IPO pipeline could slow somewhat as the oil price plunge takes its toll on the oil and gas and renewable energy companies that have traditionally been served very well by the AIM market.  Investors may also become more risk averse.

“However, if the domestic economic recovery continues we could see other successful household names follow the likes of Fevertree and the Mortgage Advice Bureau to an AIM IPO.”

According to UHY Hacker Young, IPOs on AIM this quarter raised a total of £657.4 million, over three times the £190 million raised during Q3 2014.

Some of the quarter’s most notable IPOs included:

• Quantam Pharma PLC, the UK’s leading manufacturer and suppliers of pharmaceuticals that are awaiting license in the UK, or which need to be adapted to suit the exact needs of specific groups of patients, which raised £106 million

• The Mortgage Advice Bureau, the network of estate-agent based mortgage brokers, which raised £36.3 million

UHY Hacker Young adds that the junior market has shown more growth in its overall number of companies this year since 2007. Over the past 12 months, 85 companies have listed on AIM and 77 have left, giving a net gain of eight companies, compared to a net gain of 18 in 2007.

During the final three months of 2014, 15 companies delisted and 27 companies listed on AIM, giving a net gain of 12 companies, the best single quarter for growth in the number of companies since 2007, and down just slightly on the peak of Q3 2007, when the market expanded by 15 companies.

Laurence Sacker says: “This return to growth in the size of the market is also a sign of improving market conditions, and so is very positive for AIM after the major shake-out in the wake of the financial crisis. Businesses now seem much more confident that listing on AIM will provide them with the investment needed to fund continued growth.

“However, if oil prices remain depressed for a prolonged period, it may be that we see some consolidation – or even some casualties, within that sector in particular.” 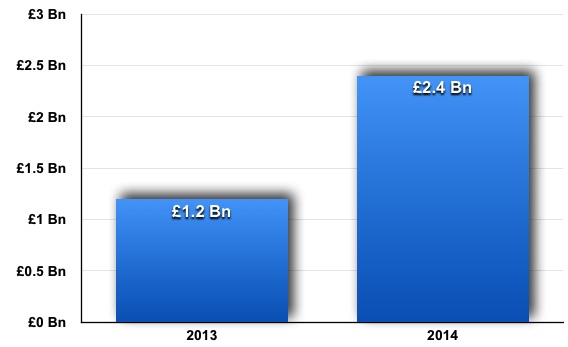