Trading in AIM companies has increased by nearly 50% in the last year, to reach its highest level since 2007, before the financial crisis, says UHY Hacker Young, the national accountancy group*.

UHY Hacker Young points out that the improvement in AIM’s liquidity has been despite the market’s weaker recent performance, with the FTSE AIM All-Share index dropping to 702 in December 2014, its lowest level in three years.

“Increased investor interest in AIM drove the surge in liquidity during 2014, despite a patchy performance in the valuation of companies across the market as a whole, with many of the larger companies hit by falling oil and commodities prices.

“In the aftermath of the economic crisis, many investors were reluctant to invest in small cap companies because of the increased risk. However, investor appetite for AIM’s growing companies appears to be returning; 2014 also saw healthy levels of IPO activity, improved liquidity on the market can only boost those companies’ attractiveness.”

Additionally, new rules effective from August 2013, which allowed investors to put AIM shares in their ISAs for the first time, may also have made the market more attractive.

Shares in qualifying AIM companies can also be free of inheritance tax under business property relief rules, if they are held for two years.

Laurence Sacker comments: “The Stock Exchange has campaigned for these changes to stamp duty and ISA eligibility for a number of years, and the reforms seem to have delivered a real benefit for growth companies – as well as tax savings for their investors.

“Growing numbers of retail investors are now attracted to the market, providing vital capital to small cap companies and enabling their future growth.” 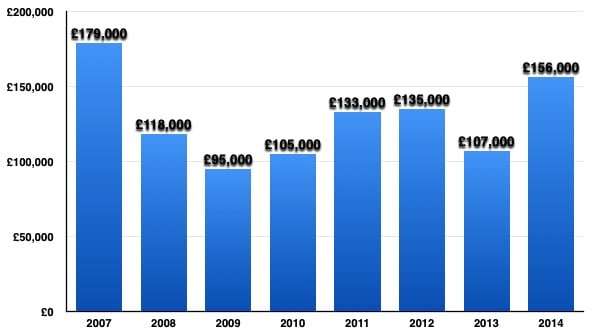 * Based on the average daily valued traded per company.