As AIM celebrates two decades of trading, Gavin Oldham, Executive Chairman of The Share Centre, shares his view on the junior market and gives three top investments from our analysts.

“AIM has become such a feature of the investment landscape that it’s hard to remember that it was founded just 20 years ago: four years after The Share Centre.

“A very large number of small and growing companies have raised money, gained profile and new shareholders by being quoted on this key stock market. It’s not always been an easy journey: the number of companies has waxed and waned, secondary market liquidity has often been challenged by too many institutional placings, and at the height of spread-betting fever many active investors were drawn away from the cash market. Investors should note that conditions have however improved significantly in recent years.

“In recognition of the very large number of personal investors with a real affinity for AIM stocks, particularly those who choose their own investments, they are now included as eligible for ISA investment.  Stamp Duty on AIM shares has now been abolished.  But they have also held on to their “Business Assets” status and therefore have substantial Inheritance Tax exemptions. 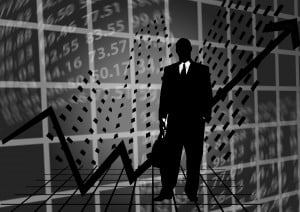 “The London Stock Exchange has also matured over the past decades: when I started in the market in 1976, smaller stocks were traded on pitches such as “Treasure Island”.  That matured into the USM, or Unlisted Securities Market, which brought some order but limited recognition.  It was only when AIM was established that the market could really show its true colours: providing finance for the fastest growing and employment – generating SMEs throughout the United Kingdom.

Now we have some substantial companies and real success stories to show and thanks are due to the London Stock Exchange who have persevered with AIM – not one of its strongest revenue streams – to deliver a very special market for future growth.”

“This company is the UK’s largest independent aggregates business, operating 53 quarries, 27 asphalt plants and 63 concrete plants. The group is expected to be a direct beneficiary of increased infrastructure spending, especially housing, which the group are expecting to grow strongly through to 2018.

“In April, a 30% increase in sales revenue was revealed, as was continued demand for the group’s products. The group’s margins have also continued to improve to 14.3%, and for reasons such as these we recommend the company as a ‘buy’ for higher risk investors” seeking growth.”

“This young producer of natural feed additives for animal health, hygiene and nutrition is trying to establish a niche for itself internationally. Final results in March reported a 14% rise in profit to £3.3m on the back of £26.6m revenue. Investors will appreciate that the dividend was increased by 29% to 4.5 pence. Management stated that the new financial year has started well.

“We hope Anpario will be a beneficiary on the global pressure on feeding the world’s population. We recommend it as a ‘buy’ for higher risk investors looking for growth in their portfolios.”

“Iomart is one of the UK’s leading providers of cloud computing services. Being exposed to a rapidly growing sector and having partnerships with some of the largest computing businesses, such as Microsoft and Dell, only strengthens its offering. Full year results published in June showed revenues were up 18% to £65.8m as the market for cloud services continues to expand. The net profit also rose by 15% to £8.8m.

“With interesting prospects and partnerships, we are recommending Iomart as a ‘buy’ for investors willing to take a higher level of risk and looking to achieve growth in their portfolio.”