Most people take air conditioning for granted, but it wasn’t always available in the US. Here’s how it came about and why it’s in many homes all over the country.

It seems incredible, but the first air conditioners were being used as far back as 1758 – only, you probably wouldn’t recognize them. Benjamin Franklin and the university professor John Hadley discovered that evaporation of alcohol and other volatile liquids evaporate faster than water.

Because of this phenomenon, they end up cooling an object enough to freeze water. From there, all you need is a fan to distribute the cold air or, if you’re in a small enough room with enough ice, you can just surround yourself with ice and “chill out.” 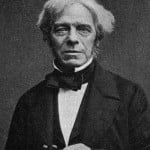 In 1820, the inventor Michael Faraday made a similar discovery, and by the 1830s, this discovery had helped Dr. John Gorrie to build an ice-making machine that used compression to make buckets of ice which he then blew air over to create a cooling effect.

He patented the idea, hoping to revolutionize the world through climate control, but had no financial backing to make his dream a reality.

It wasn’t until Stuart Cramer, who worked as a textile mill engineer in North Carolina in 1906, invented a ventilating device that we saw modern air conditioning take shape. Cramer needed a way to add humidity to his textile mills to make it easier to spin his yarns. He called the process “air conditioning.”

From these humble beginnings, other inventors capitalized on the design and, in 1931, H.H. Shultz and J.Q. Sherman created the first individual room air conditioner that sat in a window ledge. Willis Carrier, however, is often credited with inventing the first modern air conditioner, thanks to his understanding of humidity control and his experiments involving dehumidification along with air cooling.

By 1939, Packard had invented the first air-conditioned car, though it was set to “always on.” If passengers got too cold, they would have to stop the vehicle, open the hood, and disconnect the compressor belt.

Then, after World War II, something amazing happened. Production of air conditioners took off, and more than 1 million units were sold in 1953 alone. The systems used the R-12 refrigerant (also known as freon).

Today, companies like All American Heating And Cooling sell air conditioning systems as routinely as people in the 1700s would burn wood for heat.

These systems are far more advanced than the systems sold in the 1950s, or ‘60s, though. Efficiency depends on the type, brand, and model of the unit, but there are so many choices today that the consumer can customize a system for just about any budget.

Portable and in-window units either sit on the floor or mount in the window and can cool one room at a time.

Central air conditioning pipes cold air into every room in the house using ductwork and a blower system. It seems incredible that, at one point, the only way we could keep ourselves cool was to fan our faces. Today, we press a button and sit back and relax, even when it’s 100 degrees outside.

John is an air conditioning contractor. He enjoys writing about the industry on the web. His articles appear mainly on home improvement and DIY websites.

Gaming to go over $100 billion

The Quiet Side of the Canaries