Real action on air pollution – from safer legal limits to better enforcement – must be taken to save the lives of Londoners, whose health is at constant risk from the toxic gas nitrogen dioxide.

Figures released by the Department for Environment, Food and Rural Affairs (DEFRA) following a freedom of information request reveal all 50 of Britain’s pollution blackspots are in London [1]. Grosvenor Place, which runs alongside Buckingham Palace, had the highest level of the toxic gas nitrogen dioxide in 2012. Researchers found 152 milligrams of the gas per cubic metre of air, over four times the EU legal limit of 40.

“The news that Buckingham Palace suffers from the highest level of air pollution in Britain has understandably stolen the headlines but the persistently dangerous and unacceptable levels of air pollution negatively impacting upon the health of Londoners across the capital is the really shocking story. 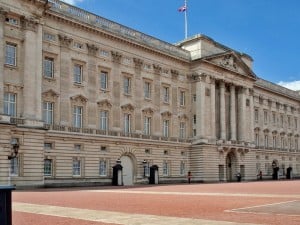 “Air pollution, Britain’s second biggest public health risk after smoking and the cause of the premature death of over 4,000 Londoners last year, is blighting the capital and it is a disgrace that London Mayor Boris Johnson and the Coalition Government are failing to tackle it head on. That they have failed to act despite repeated warnings from European authorities is shameful.”

The Green Party says it is the only party with workable policies in place to tackle air pollution and create a cleaner, happier and healthier London. As part of a concerted effort to clean up London’s air, the Green Party is calling for 20mph speed limits across London, a tightening up of Low Emission Zone standards and proper enforcement (including a ban on idling for parked cars) and local public health legislation to create more public, free and open green spaces for people to walk, cycle and play in.

The shocking statistics follow hot on the heels of the European Commission’s decision to begin legal action against the UK for failing to reduce high levels of NO2 air pollution.