Alan Johnson, the Home Secretary, has openly conceded that by not having a wider debate on immigration they have played into the hands of the BNP.

He has admitted that a full rational debate about the issues surrounding immigration would have gone a long way to discrediting BNP claims and weakening their support. 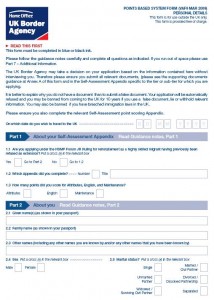 This though has been a failing of many governments over the years. We have painted ourselves into a corner where any criticism of immigration is instantly branded racist as the default position. Every discussion has to be started with the ‘acknowledgement’ that immigration has led to diversity which is marvellous and has created millions of jobs. And don’t you try and analyse that too deeply, because if you do you are a racist.

Then we get confused about asylum seekers and economic migrants. Properly authenticated asylum seekers must be let in. But how they got here to claim asylum without first passing through a succession of safe countries is beyond me.

Economic migrants take many forms. Some come from nothing in a poorer country to better themselves via work or crime. Some are highly qualified and see a better future for them-selves here. We generally like the latter and not the former. Now I might get some flak for writing this.

We do need an analysis of immigration, an open debate and some honesty. What would worry me is that anything that was found to undermine the ‘immigration=diversity=jobs=wonderful’ outcome would be suppressed and then as distorted as a BNP pronouncement.