Jason Pierce is not a man who can be accused of having done things the easy way. Spiritualized’s recent records have been set against a shifting scene of drugs, bereavement, the breakdown of relationships and the case of double pneumonia that almost cost Pierce his life.

New record, new problems – albeit ones linked to what has gone before. Suffering from long term liver damage, Pierce created Sweet Heart, Sweet Light while housebound and on nothing stronger than his restorative medication. Judging by last autumn’s spritely live appearances at which Pierce previewed this record – his best since 2001’s Let It Come Down – the drugs definitely do work.

The lush orchestral sweep of opener ‘Huh?’ (which doubles as the cover art, rendered in trademark Spiritualized green and white) is interrupted by ‘Hey Jane’, a clanging, rollercoaster charge towards oblivion that marks Pierce’s most exhilarating output since ‘Electricity’, some 15 years ago. At nine minutes, it’s way too long, but your investment is repaid in the searing zig-zag riff that drives the song’s second half and which presumably cost guitarist Doggen the fingerprints on one hand.

The cornerstones of any Spiritualized album survive intact – repetition, moments of cacophony, preoccupation with time and mortality, invoking God at every turn – but Sweet Heart, Sweet Light has a defiance that Pierce’s most recent records have lacked; a take-it-or-leave-it fatalism that belies his personal history. Pierce has long worried aloud about not getting into heaven, as he does here on the shimmering ‘Life Is A Problem’, but he now seems reconciled with this as a possible outcome. ‘I Am What I Am’ crackles with unashamed life experience and finds Pierce on his most prickly form (‘I am the pound of flesh that signifies the sum of all you’re told’). He might be looking back, but he does so without a trace of regret.

Sweet Heart, Sweet Light is also notable for featuring Pierce’s daughter, Poppy, who provides vocals on two of the best songs here. On album centrepiece ‘Heading For The Top’, a brooding brute of a tune that owes a debt to Can and The Velvet Underground, her nursery rhyming morphs into a darkly pointed conclusion. Father and daughter later duet on the intro to album closer ‘So Long You Pretty Thing’, which eventually swells into an expansive chorus that takes the instruction ‘repeat to fade’ to new extremes. 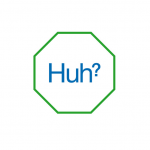 To rehash an old joke, if Poppy becomes half as good a singer as her old man, then she’ll be bloody awful. In fairness to Pierce, his single-plated timbre is in reasonable form here, although it is never likely to inspire Will.i.am to engage his swivel chair. Then again, Pierce doesn’t read music, nor play the guitar exceptionally well, but you’d never know it from listening to Sweet Heart, Sweet Light’s accomplished arrangements. Adversity has a knack of prompting the best in Spiritualized – this is not far from it.