The First Minister of Scotland Alex Salmond has announced that he plans to use new financial powers transferred from Westminster to Holyrood to push ahead with the proposal to introduce a local income tax to replace council tax.

The Scotland Bill, which implements the recommendations of the Calman Review, is currently going through Parliament and has passed through its second reading and goes to the committee stage this week. Once passed into law it ' … would make changes to the finances of the Scottish Parliament, including a new Scottish rate of income tax, and make a number of adjustments to the boundary of devolved responsibilities'.

According to UK Ministers this would cover new tax and borrowing powers worth in the region of £12 billion and give Holyrood power over such areas as air powered weapons, drink driving and speed limits.

Now the First Minister has said that these new powers could be used to formulate a plan for the introduction of a controversial local income tax (LIT), which would then come in 2015.

According to rebel Tory Central Scotland MSP Margaret Mitchell, a local income tax would be an 'unintended consequence' of these new powers and wants to call a referendum on it.

A LIT would be based on each person's wage packet and not be dependent on the size of the property. It would also benefit those that obtain their income through other means such as savings or dividends. 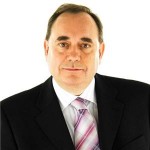 So, although wealthy retirees may benefit, the burden would have to shifted onto Scottish workers.

Alex Salmond said 'If we're having control over income tax, then it's absolutely massively important that we have control over the rates of income tax, not just the basic rate. That, of course, is going to be highly relevant to the point at which we can introduce local income tax.'

Unionist Margaret Mitchell contends that 'It's yet another example of the unintended consequences and limited debate around this Bill. That's why we need a full-scale referendum so all the implications are fully laid out. From what Mr Salmond says, it's very possible Scotland will become the highest taxed part of the UK.'

Well, taxed workers anyway who might then look south of the border, for anyone wanting to retire moving to Scotland might be worth a look.

Over 50s Despair as Kids Still at Home Aged 27