The First Minister of Scotland, Alex Salmond MSP, has laid out his plans for a route to Scottish independence as well as the question those living in Scotland will be asked in any referendum to decide the issue.

He wants a referendum to be held in 2014 (involving all over the age of 16 reports the Guardian) with elections for a post United Kingdom parliament in May 2016. A scant four years to tear up a 305 year old union. (Funny how easy everyone thinks this is compared to the UK leaving the European Union – Doublethink?).

And the question he wants asked of the population in Scotland is, he claims, ‘clear and simple’:

Do you agree that Scotland should be an independent country?

But he cannot legally ask this question without the permission of the UK Government, which reserves control over constitutional affairs.

But this question is so ‘one sided’, according to Professor Robert Cialdini of Arizona State University, that it would have a ‘dramatic’ effect on the outcome reports the Telegraph. “I think it’s loaded and biased. It sends people down particular cognitive shoot designed to locate ‘agreements’ rather than ‘disagreements’.” Said the unbiased professor.

The Bookmakers William Hill were yesterday offering odds of 7/1 that Scotland would get independence by 1st January 2020, with odd of 1/16 that they wouldn’t.

'As yet even the date of the referendum is in doubt, let alone the outcome' said Hill's spokesman Graham Sharpe. 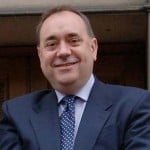 Further odds were as follows:

When will the Scottish Referendum take place?

What will the outcome of a Scottish Referendum on independence be?

(Bets stand as long as ONLY one question AND two options are available on ballot paper).