Alistair Griffin will be singing for suppers, as the singer songwriter embarks on a UK tour with a difference.

In support of The Trussell Trust’s foodbank network, Alistair is not only giving the profits from the tour to the charity, but significantly he will also be collecting food as he travels around the country. He’s asking all those who buy a ticket to bring something from their kitchen cupboard to help foodbanks provide emergency food to more people and families in crisis in the UK.

Working closely with The Trussell Trust, and with Fuller’s Brewery who have generously donated their pub venues and staff for free, the tour comes in response to the marked increase in people visiting foodbanks in the UK.

“Times are hard and for some people that means a daily struggle for the things that a lot of us take for granted. I designed this tour to help raise awareness and directly help people in need.”

The Trussell Trust recently announced that their foodbanks have seen the biggest rise in numbers given emergency food since the charity began in 2000. Almost 350,000 people have received at least three days emergency food from Trussell Trust foodbanks during the last 12 months, nearly 100,000 more than anticipated and close to triple the number helped in 2011-12. 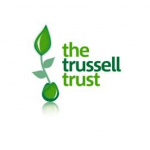 Griffin has had tracks recorded and performed by artists as diverse as Robin Gibb and Cascada. His music is fast becoming the soundtrack to British success – his song ‘What If’ accompanied Andy Murray’s historic win at Wimbledon, ‘Just Drive’ is used by both the BBC and Sky for their Formula 1 coverage, ‘This Is London’ soundtracked the London 2012 coverage, new single ‘The One’ was used by the BBC to close The Open, and Alistair has also been asked by event organisers Welcome To Yorkshire to write a theme for next year’s Tour De France Grand Depart.

Proud of his northern roots Alistair is working with the financially threatened Grimethorpe Colliery Band [Brassed Off] on a project to help save the band and rejuvenate a dying tradition. Starting with the release on September 9th of the ‘The One,’ a duet with British folk singer Leddra Chapman (leddrachapman.com) and featuring Grimethorpe Colliery Band, Alistair is bringing together a stellar cast of rock and pop’s finest to produce an album and documentary Alistair aims to help highlight the plight of the world’s most famous brass band.