All Smiles for Rafa Ahead of Wimbledon

He may be seeded fifth ahead of this year’s Wimbledon Championships, but Rafa Nadal still has plenty to smile about after winning tennis’ ‘Best Smile’ title.

In a survey conducted ahead of Wimbledon, the British Dental Health Foundation asked 300 members of the public which male tennis player had the best smile.

Spaniard Nadal aced the poll with 43 per cent of the votes, while world number one Novak Djokovic could only serve up a quarter (25 per cent) of the votes. One in five people (20 per cent) backed Swiss supremo Roger Federer’s smile, while home favourite Andy Murray double faulted with 12 per cent.

So could this be game, set and match for Nadal, who will be attempting to win back-to-back major titles after his victory at Roland Garros?

A previous survey by the Foundation4 found that almost 70 per cent of the public think those with a good smile have a greater chance of success, while half (50 per cent) said a person’s smile leaves the greatest lasting impression. Chief Executive of the Foundation, Dr Nigel Carter OBE, agrees and emphasises the importance of maintaining a healthy smile.

Dr Carter says: “Many might underestimate it but a smile can be very influential feature. It can shape our lives, our relationships and careers and be a very powerful show of emotion. It can also impact on our chances of success in the workplace, and for Rafa that’s out on the tennis court. If smiling is the key to possible success, he has every chance of winning Wimbledon this year.

“Of course not everyone has the confidence to display their smile. Others are being held back by poor oral well-being and its impact on their general health.

“As far as day-to-day oral health goes, our three key messages of brushing your teeth for two minutes twice a day with a fluoride toothpaste, cutting down on how often you have sugary foods and drinks and visiting your dentist as often as they recommend, provide a firm base for a lifetime of good oral health.” 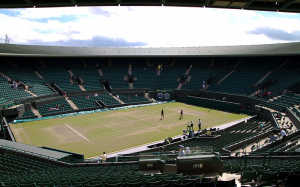 Fat tax on its way