Roche’s new pledge to release “full clinical study reports” as part of its data transparency policy appear to be all talk and no action, warns a researcher from the Cochrane group on bmj.com today.

Peter Doshi, Postdoctoral Fellow at Johns Hopkins University School of Medicine in the US argues that “instead of issuing press releases with more promises to release data, Roche should alert the world when it actually makes good on its long-standing pledges.”

He also points out that three of the four advisors selected to lead Roche’s advisory board – that will grant access to patient-level data for scientific review – are not independent but have recent financial relationships with Roche.

The latest correspondence is posted online as part of the BMJ’s open data campaign, aimed at persuading Roche to honour the promise it made in Dec 2009 to make full clinical study reports (CSRs) for 10 treatment trials of Tamiflu available for independent scrutiny.

“Despite our repeated requests for those data, Roche has yet to provide even a single full study report,” writes Doshi.

In a press release last week, Roche offered no apologies for its broken promise, he says. The company explained that it “disagreed” with their analysis plan (provided in Dec 2010) because “it was at odds with how Tamiflu has been reviewed and approved by regulatory authorities in over 80 countries.”

Roche apparently does not understand the meaning of independent review, he adds. “We are independent scientists, not regulators. Doing our own analysis, not dictated by others, is key to what makes us independent.” 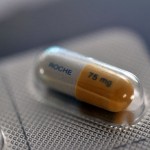 He also asks whether Roche have any plans to correct the scientific record, after Roche authors published a paper in 2003 claiming the opposite to what the FDA concluded over a decade ago that “Tamiflu has not been shown to prevent” serious bacterial complications of influenza.

It is hard to react with enthusiasm to Roche’s newly announced “data transparency policy,” writes Doshi. “The policy is unclear, containing conflicting statements about which data will be released, and the mechanisms for access appear restrictive.”

He explains that rather than release patient-level data to third party researchers, with no strings attached, Roche apparently intends to grant researchers access to a “secure system” and only “following agreement”.

These conditions may render “independent” analysis a hollow concept, he warns.

The company’s new pledge to release “full clinical study reports” may likewise be meaningless, he says, given the company’s stated intention to only release “edited” CSRs. The Cochrane group has sent Roche a letter asking the company to clarify the details.

Councils challenged to 'use their money twice'