Building societies currently comprise a quarter of the personal finance and mortgage markets, but are almost completely absent from corporate finance. This represents a bad deal for consumers and places our hard-up SMEs in jeopardy, argues the latest publication from the think tank ResPublica.

The report, 'Markets for the Many: How civic finance can open up markets and widen access', calls on the Government to loosen the restrictions on building societies that prevent them from lending to our struggling small businesses. The think tank also asks for Government to allow building societies to purchase high street banks to similarly increase competition in the current account market and other banking services.

Since the crash, SME lending has fallen by more than 25 per cent, and loan rejection rates in the UK are twice that of our major European competitors: France and Germany. This is particularly worrying given that the funding gap between the amount of finance that SMEs need and the amount they actually receive will be as high as £22bn by 2017.

Building societies are currently restricted by the Building Societies Act on the amount of lending they can give to businesses. Current legislation stipulates that at least 75 per cent of the building societies loan book must be secured against residential property – this significantly prevents expansion into the corporate market. The ResPublica report argues that this limit should be lowered to 50 per cent and that the Prudential Regulatory Authority (PRA) should allow building societies to move into this market if ready. The sector itself would need to embrace the golden opportunity such a move represents and suitably up-skill, but this step-change in SME financing would be grasped by many building societies if the right market conditions were established by the PRA and the Government.

Under the Government’s Funding for Lending scheme, which has been designed to increase lending to the UK economy, building societies have far outperformed the banks. Since the scheme was introduced, building societies have increased their lending by £15.7bn, whilst the banks have decreased their lending by £12bn. Clearly, if the Government loosened the lending restraints on building societies, they would similarly impact on the corporate finance market. This is particularly true given the Bank of England’s recent decision to prioritise SME lending over mortgages under the scheme. 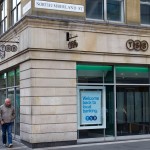 The ResPublica report also argues that building societies should be allowed to purchase high street banks, a reform that should be implemented in time for the market flotation of TSB Bank in the summer. Under current arrangements, building societies can only purchase other mutual lenders, despite the fact many building societies have been purchased by plc banks since the introduction of demutualisation in 1986. Removing this restriction would level the playing field between banks and building societies and increase competition in banking services – in particular the current account market, which is presently dominated by a small number of plc banks. The Government should urgently review remutualisation legislation.

Other recommendations from the think tank report include that the Government should ease the capital ratio requirements on building societies; allow financial mutuals to raise extra capital to increase competition within the insurance sector; and introduce a Community Reinvestment Act in the next Parliament to maximise lending to our deprived communities.

“Since 2008, and with little help from the Funding for Lending scheme, many of our small businesses have struggled to secure finance from the large banks. Given the good lending records of alternative, more inclusive forms of financial services, including building societies and mutual societies, the government should be doing all it can to support the growth of these financial institutions to ensure we create a financial system that supports our small businesses and truly serves the needs of our citizens and communities.”

“We are finally in a period of growth, but we lack the root system to keep this growth sustainable. Until we get a proper structure for the funding of small business, we cannot secure Britain’s long term prosperity. This superb report tells us that we already have the SME support system we need – building societies. These, if freed from regulatory constraint, can and should lend to our small businesses. The solution is here, let us hope the Government reaches for it.”

'Generation Rent' Gives Up On The Housing Ladder