Across the world, the anniversary of Robert Burns' birthday was toasted on Saturday night (25 January) with a dram of Scotch Whisky. However, the Scottish poet might have felt the need to put pen to paper when it comes to the current level of tax on his favourite tipple.

Burns' taste for Scotch is celebrated in many of his poems, including one simply entitled 'Scotch Drink' where he declares: "O thou, my muse! guid auld Scotch Drink!"

Although best known as a poet, Burns also had a day job as an excise man – often ensuring taxes were paid on alcohol. However, given his self-declared love of Scotch Whisky, and his personal views on excise delivered in his poetry, it is unlikely he would have been in favour of 79% of the price of an average bottle being tax and VAT.

The 'Call Time on Duty' campaign is urging the UK Government to start addressing the burden by scrapping the alcohol duty escalator and freezing all alcohol duties in this year's Budget. 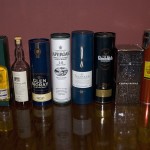 The escalator means that duty has increased by 2% above the rate of inflation each year. Tax on Scotch Whisky has therefore risen by 44% over five years.

"We felt it appropriate to talk about the burden of almost 80% of a bottle of Scotch being made up of tax on the day we celebrate the life and work of Robert Burns. As a Scot who was both vocal about his love of whisky but also an excise man, we can only imagine what Burns might have said about the high tax on a dram today. However, when consumers toast the Bard tonight, we are sure they will be shocked to know that 80% of the bottle price goes to the Chancellor in tax. They can also have their say by calling for fairer excise duty treatment of whisky through the Call Time on Duty campaign.

"It is particularly unfair that the Chancellor continues to penalise Scotch when he removed the escalator from beer, and cut beer duty, in last year's Budget. Drinkers of a dram are now paying 50% more duty than a beer drinker for the same amount of alcohol."

Don't forget Greece and the US T-Bill market