It is reported that Amazon is facing a tax probe in the UK as well as allegedly paying no corporation tax on its substantial UK sales.

The Guardian reports, citing Bookseller magazine, that Amazon.co.uk generated sales in excess of £7.6 billion over the last three years with £3.3 billion of coming from last year, but has paid no corporation tax.

Amazon has been based in Luxembourg since 2006 (Amazon EU Sarl) and classes its UK operation as an ‘order fulfilment’ business, which means it just delivers stuff, with all the payments for the actual goods going straight to Luxembourg.

But looking deeper the Guardian says that in 2010 the Luxembourg end employed 134 people and generates a turnover of €7.5 billion, whilst the UK side generated just £147 million with 2,265 people.

The information about the tax probe came out of regulatory filings that the parent company made to the US Securities and Exchange Commission (SEC). HMRC has not confirmed that Amazon.co.uk is under investigation, but does say that if there were one it could just be a routine look at the books.

Looking at the SEC filings and projecting the figures across to the UK the Guardian said “If the same profit margin was applied, this would have generated taxable profits of £266m-£360m and yielded notional UK corporation tax of up to £100m.” A far cry from the net tax bill of £3million for the last nine years that the UK registered part of the company has reported.

But it is not just the UK where the world’s largest Internet retailer is looking to keep its association with tax as distant as possible.

In the US Amazon has a tax advantage in that it does not, in the main, have to collect local sales taxes like its main street competitors do. 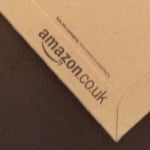 Other retailers, says the Pittsburgh Post Gazette, from local stores to giants like Wal-Mart have to collect these taxes from the customer direct at the point of purchase, but Amazon only does this in only five states. And where a threat to force them to do so arises they take some sort of action to stop or delay the process,

This of course gives Amazon a significant advantage when you consider what Roberton Williams says in Forbes magazine about how these local taxes are (or more to the point are not) collected.

But while tax rates vary around the world and big, rich, powerful businesses can move their affairs around then it will ever be thus.

Maybe those that argue for zero corporation tax are right. As, at the end of the day, all costs and taxes are really born by the people who buy the goods anyway and transferring all the tax to the point of sale might stop this practice and keep the money in the country where the trade was taking place.