HMRC’s yield from tax investigations into the construction industry has risen by 17% to a record of £154.2 million in the last year*, up from £131 million the previous year, says UHY Hacker Young, the national accountancy group.

The amount collected from HMRC’s investigations in this sector has more than doubled in the last five years, as the construction industry continues to be one of HMRC’s main targets.

UHY Hacker Young explains that due to the “cash in hand” nature of the industry and the large proportion of self-employed contractors and sub-contractors, HMRC believe there to be high levels of “false self-employment”.

HMRC have claimed that individuals finding work through intermediary companies should not be classed as self-employed but instead should be subject to PAYE. HMRC contest that both the employer and the self-employed worker are paying a lower amount in National Insurance contributions than they should.  Even those who are accepted as being self-employed by HMRC will need a sub-contractor certificate otherwise the contractor should deduct tax from payments made.

“The construction industry is seen as an easy target by HMRC and has been subjected to increasingly intense investigations in the last few years.

“Construction typically has a far higher proportion of self-employed workers and sub- contractors than most sectors, and they will often move jobs more frequently. When this happens it’s more likely that mistakes or omissions might be made to paperwork or a worker’s tax status.

“Even if a contractor believes themself to be, or is classed as self-employed by other organisations, it does not necessarily mean that HMRC will accept this status.

“Individuals and companies working in the construction industry must make sure that they have all the relevant paperwork otherwise they risk a high penalty from HMRC.”

UHY Hacker Young says that should companies or individuals who are investigated by HMRC not have the relevant paperwork or status they might have to pay up to six years’ worth of PAYE and National Insurance contributions, plus interest and up to 100% of the tax in additional penalties.

Changes implemented in April 2015 mean that employment intermediaries are also now required to provide quarterly reports reflecting all the workers on their payroll not subjected to PAYE.

Roy Maugham adds: “The increased yield from tax investigations and the new rules indicate just how much HMRC are clamping down on tax evasion in the construction industry, and this trend is likely to continue in the future.” 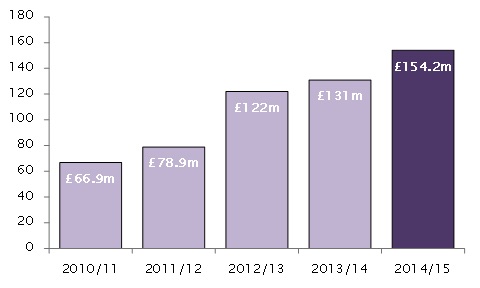 Councils told to sell off assets to save money