Official figures show that 60,940 families will be spending their Christmas in emergency temporary accommodation including 87,420 children, which is an increase of 20 per cent since 2010 says Labour.

New analysis by the Labour Party of Government and Local Authority figures show that tens of thousands of families are being housed in emergency temporary accommodation at a projected cost of nearly £2.8 billion over the current Parliament.

The figures show that the use of bed and breakfast accommodation is also on the rise, deemed unsuitable for long stays, with a 260 per cent increase since 2010 in the number of families with children illegally housed in this type of accommodation for longer than six weeks.

The figures also show that the number of families housed in temporary accommodation outside their local area has also more than doubled since 2010 to 15,260 families.

Labour says that, if in government, it will build more homes and axe the Bedroom Tax to get families out of temporary accommodation and get the bill for taxpayers down. 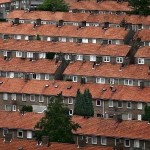 • The Government has presided over the lowest levels of housebuilding in peacetime since the 1920s.

• The number of homes build for social rent is at its lowest level for over two decades.

• The Government cut the budget for affordable housing by 60 per cent on taking office.

• Working people are £1,600 a year worse off under David Cameron's government because for four years wages have lagged behind price rises.

“These figures show the scale of David Cameron's failure to tackle the housing shortage which is central to the cost-of-living crisis.

“Rising housing costs and low pay have made it more and more difficult for people to stay in their family home and the Government’s failure to build the affordable homes we need and policies like the Bedroom Tax have made things worse.

“Labour is committed to tackling this crisis by building more homes, increasing the national minimum wage, getting a fairer deal for private renters and abolishing the unfair Bedroom Tax.”

Bono’s new ‘The F Word: Famine is the Real Obscenity’ video not cleared for TV