Further forced privatisation of the NHS should be put on hold until it has a mandate from the public, Labour will say today (Tuesday).

In a wide-ranging speech in Manchester, as part of Labour's summer series on The Choice the country faces in 2015, Andy Burnham will call on NHS England to delay the signing of new NHS contracts for clinical services with the private sector until after the 2015 Election except where there are issues of service quality that need to be addressed or threats to ongoing service provision.

He will draw attention to a number of proposed contracts, due to be signed in the remaining months of this Parliament, that would tie the hands of the next Government.

But, more importantly, he will say that the British public has never given its consent for far-reaching and forced privatisation of services, including cancer services in Staffordshire.

Burnham will say that David Cameron was not honest about his privatisation plans before the last Election saying there would be "no top-down reorganisation". If he wants to continue to force privatisation through, he should seek the consent of the public at the 2015 Election.

The speech will set out the choice of a public, integrated NHS under Labour or an increasingly fragmented and privatised service under David Cameron. Burnham will show that standards of care have deteriorated in recent years – including GP services, cancer care and A&E waits – as a result of Tory mismanagement of the NHS.

The speech comes one week after it was confirmed that NHS spending on private sectors and other providers last year broke through the £10 billion barrier for the first time. 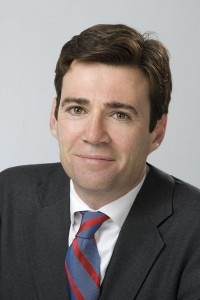 "The reason why people love and trust the NHS is because, for all its faults, it is a service that is based on people not profits. That principle sets our health service apart and was famously celebrated two years ago at the Opening Ceremony of our Olympic Games. But it is now under real threat.

"When his reorganisation hit trouble and was paused, David Cameron explicitly promised that it would not lead to more forced privatisation of services. But, as always with the NHS and this Prime Minister, the rhetoric and the reality don’t match.

"On his watch, NHS privatisation is being forced through at pace and scale. Commissioners have been ordered to put all services out to the market. NHS spending on private and other providers has gone through the £10 billion barrier for the first time. When did the British public ever give their consent for this?

"It is indefensible for the character of the country’s most valued institution to be changed in this way without the public being given a say."

He will also say:

"Contracts are being signed that will run for the five years of the next Parliament, and beyond. This is not acceptable. Contracts like this will tie the hands of the next Government in a crucial area of public policy.

"But, even worse, they are being signed without a mandate from the public. The Prime Minister was not up front about these plans at the last election. He needs to be reminded that he has never been given the permission of the public to put the NHS up for sale in this way.

"Further forced privatisation of services, not based on clinical decision making, should not proceed until the public has had a proper say. So today I have written to the Chief Executive of NHS England to ask that no further contracts for NHS clinical services are signed until after the next Election except where there are issues of patient safety or threats to service provision that need to be addressed urgently.

"This will give the country the chance to have a proper debate at the 2015 Election and to decide what kind of health service it wants in the 21st century. And it will reserve the rights of the next Government to decide how best to take the NHS forward."

Anti-Tax Avoidance Directive: The Cordial of State Sovereignty and Attractiveness