The furore over Gary Barlow’s tax affairs is misplaced and morphing into a witch hunt, says the UK Head of Financial Planning of one of the world’s largest independent financial advisory organisations.

The comments come from Kevin White of deVere United Kingdom, the UK division of deVere Group, after a judge ruled that Barlow and two other members of Take That should pay tens of millions of pounds to HMRC after it was decided that they were members of a tax avoidance scheme.

Mr White notes: “deVere would not have advised its clients to become involved in a scheme of this nature, because, clearly, there are some definite grey areas here.

“However, the judge in this case has declared that the investors involved were part of a tax avoidance scheme.  Let’s be clear: tax avoidance is not a crime, tax avoidance is legal and can form part of a competent financial strategy.  On the other hand, tax evasion is illegal and therefore punishable under the law.

“As such, with the judge ruling this ‘tax avoidance’, there are questions to be asked as to why Mr Barlow and the other investors are now facing having to repay millions of ‘avoided tax’.” 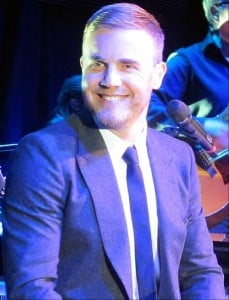 He continues:  “The furore surrounding Gary Barlow’s tax affairs is misplaced.  It is ludicrous to suggest, as it has been, that he was ‘getting away with’ not paying his taxes.  You cannot ‘get away with’ something that is legal.  Mr Barlow and others were attempting to legally mitigate their tax burden.

“Those who object to such schemes, instead of launching a witch-hunt against high profile individuals and/or companies to perhaps push their own agendas, should instead lobby MPs – who are the ones who have the powers to change this country’s overly complex and sometimes ambiguous tax laws.

“Perhaps there is a case to modify the rules, but lynch-mobbing in the media a few pop stars is not the appropriate, sensible way to go about it.  We need a considered national debate.”

The evolution of the start-up: Morphsuits to Morph Costumes