Anglian Water's average bill for household customers will be held well below inflation for the next six years, to 2020.

And if inflation rises above the forecast 3% during 2015-2020, the company has promised to absorb half the increase to a maximum of 4.5 per cent.

The pledge was made today as industry regulator, Ofwat, begins to put the future plans of all water companies under the spotlight.

"We know household budgets are under pressure, so we hope our pledge to peg back bills for the next six years, and to protect them from higher inflation, will offer help and give reassurance to our customers," said Peter Simpson, Anglian Water's CEO.

For the last 18 months, the plan for 2015 to 2020 has been at the heart of the company's biggest ever customer consultation. Feedback from over 50,000 people influenced final decisions on future bills and spending priorities.

Alongside the pledge on bills, priority will also be given to target extra help for vulnerable customers. A new tariff will be established to help those who struggle to pay, and from 2015 the Anglian Water Assistance Fund will be boosted by 25%, to put £1 million a year aside to help those customers who need the most help and support to manage debt.

The company has committed to do this while investing over £5 billion by the end of the decade. Spending will focus on maintaining and improving essential services; protecting customers and the environment from severe weather, including drought and flooding; and preparing the region for population growth, tackling the impacts of climate change and underpinning economic recovery.

Anglian Water's draft business plan published in July after its biggest ever customer consultation, won over 90% approval from customers surveyed. The final plan, published today, goes even further, proposing extra efficiency savings and lower profits to keep the average bills for households and businesses at well below the level of inflation for the six years to 2020.

– Almost £60 million will be spent in a war on leaks, to take the company's leakage level even lower. "We hate leaks as much as our customers do," said Anglian Water CEO, Peter Simpson. "We're already at record low levels, beating targets and leading the industry. But we're determined to do even more".

– The company has also pledged to connect 95% of households to a water meter by 2020, but not to force anyone to use them. "More people than ever before will be in control of how much they use, and how much they pay," said Simpson. "But there won't be a compulsory programme to force people to use them. Meters save water, and our customers told us they think it's the fairest way to pay for what they use."

– Almost £100 million will be spent to protect against things like flood, fire and drought. "Extreme weather is becoming the new norm," said Simpson. "A changing climate means we're going to see more unusual weather, more often. We need to plan for this, because we don't want anything to get in the way of a safe, clean, reliable supply of water."

– The company will also build on the £2.2 billion it has invested since privatisation to transform the quality of water in the environment. "We're passionate about a flourishing and healthy environment" said Simpson, "after all, the countryside is everyone's big back garden and we'll do everything we can to protect the countryside and we'll do this while helping the economy to recover, and the region to grow."

Customers at the Heart of the Plan 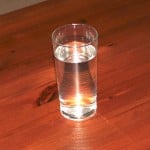 An independent Customer Engagement Forum was established to represent the interests of customers, communities, the economy and the environment, while the plan was developed. The Group challenged the company to ensure customers' voices their opinions were acted upon.

"We asked customers to help us draw-up our business plan, and to work with us to strike the right balance between keeping bills affordable while investing in essential services and securing future water supplies.

"We've been amazed by the response, but have worked hard to exceed as many expectations as possible.

"Having the voice of our customers at the heart of our plan makes a world of difference, so I'd like to say a very big thank you to everyone involved.

"Working together, we will now deliver on all our promises."

Ofwat will now consider the plan. They will let Anglian Water know whether they approve it in April next year.