The new series of Doctor Who is so good the nation want to collectively stand up straight and salute the television when the opening titles begin, but there is only one problem, the theme tune.

So the fans don't like the new Doctor Who theme tune.

The question is will there be anything done about it? Has too much been invested into this format for there to be any changes this series?

Doctor Who internet forums are flooded by fans who hate the new theme tune venting their spleen to other fans who vent a little spleen back and I am sure there will be some fanatical fan who will upload a video onto you tube of himself with his fingers in his ears as the theme tune plays etc.

So why are fans so protective of the them tune? 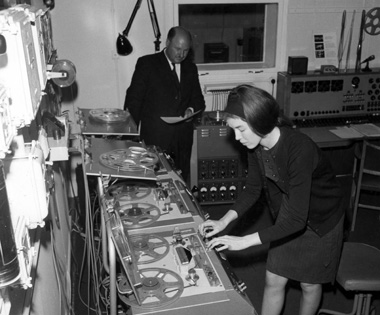 When Doctor who first hit our screens in 1963, the theme tune was just as revolutionary as the program itself and over the years it has regenerated with the Doctor and all of them without exception have been superb renditions of that classic piece composed by Ron Grainer.

The Genius that was Delia Derbyshire who realised the original theme tune in the BBC Radiphonic Workshop would I am sure not be too happy with this new version were she alive today.

Her version of the original theme tune was a feat of engineering pushing forward the boundaries of electronic music and ultimately her influence on modern music cannot be measured.

Delia created each note and recorded it separately and played it back over numerous tape decks long before synthesizers but her version is haunting and otherworldly because it was so far ahead of its time it shouldn't exist in 1963.

Its almost as if the Doctor should go back in time to 1963 and find out what alien technology is being used to create Doctor Who's theme tune.

It is Delia's aptly timeless rendition of Ron Grainer's score which still sounds as fresh today as it did the day it was first played unlike the new remixesque version which sounds amateur.

Just in case you have forgotten the original…

Jordan and Alex Reid to split, maybe not

Take That will tour with Robbie Williams