Although annual car crash deaths in England and Wales are down 40% in 50 years they may still contribute to social class and gender differences in life expectancy.

The annual number of car crash deaths in England and Wales has plunged by 41% over the past 50 years, despite the increase in drivers on the road, reveals research published online in Emergency Medicine Journal.

Nevertheless, these deaths may still be making an impact on the well recognised social class and gender differences in life expectancy seen in both countries, conclude the researchers.

Around 1.3 million people die on the world’s roads every year, and on the basis of current trends, deaths caused by vehicle collisions are expected to become the fifth leading cause of death by 2030.

But the evidence suggests that people from less well off backgrounds are more likely to die in a car crash than those from more affluent backgrounds, irrespective of their country’s national income.

The researchers therefore gathered data on road deaths from the Office of National Statistics for the period 1960 to 2009 inclusive to see if this was also the case in England and Wales. The data were stratified by gender and social class.

This is despite the annual increase in car ownership across the UK of around 3%.

Road traffic deaths fell even more sharply among the under 14s, decreasing by 70% from 66 to 20 over this time frame, although they rose among those aged 75 and over.

There were 68 road deaths in 75 and older age group in 1960, and 109 in 2009. But this was lower than the peak of 231 in 1990, and should be taken in the context of the rising proportion of older people in the populations of both countries, say the authors. 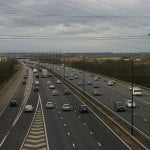 Furthermore, women were older than men when they died in any given year. Between 1960-69 women were 68% more likely to have already gone past the annual median age of death for all deaths when they died. This had risen to 71% in 2000-2009.

The authors point out that the introduction of compulsory seat belts, drink driving curbs, child safety seats, and speed cameras, as well as the development of specialist trauma centres, will all have helped to drive down road traffic fatalities.

“However, it is possible that while these interventions have resulted in a reduction in the absolute number of deaths from [road traffic accidents] in England and Wales, they have not modified the relative differential in age of death between sexes or socioeconomic groups in those who die after [a car crash],” they conclude.

Angela Merkel bets that politics will beat the markets. Would you?

How will Universal Credits affect your business?