Another Week, Another Legal Wrangle Over the EU

Here we go again, another legal battle over the European Union as the Justice Secretary, Chris Grayling, prepares to go to court over the spread of human rights law into the UK.

all seems to stem from a combination of the EU and the European Convention on Human Rights (backed up by the European Court of Human Rights), which are actually two different bodies. But to be a member of the EU a country has to sign up to the ECHR and be accountable to its courts. The EU is now moving to embed ECHR law into the EU framework in such a way that even if the UK left the ECHR it would still have to follow ECHR law via the back door of EU legislation. Tory MPs are now worried that a deluge of 'human rights' driven cases could hit the courts.

Now, reports the Telegraph, senior judges are of the opinion that EU human rights law can 'trump' even laws made by the UK Parliament because of the EU Charter of 54 fundamental human rights.

Back in November 2013 the UK Government did now even know whether the EU charter applied within the UK or not. Now having been told it does legal moves are being taken to try and wrest the powers relinquished to the EU back. And while this is going on EU officials are working out ways to embed these laws more deeply into our legal system. It would also be instructive to look at the first paragraph of the charter preamble to remind people of the aim of the EU and where the charter sits – "The peoples of Europe, in creating an ever closer union among them, are resolved to share a peaceful future based on common values." 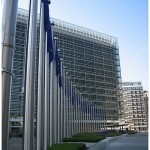 Consider; if when the coalition put in place its much vaunted plan to have a referendum only if more powers were to be surrendered to the EU, it thought that it still had primacy over human rights law in this country but now finds out it has lost it, surely that makes the technical case for a referendum? Especially as it has happened without our general knowledge – by stealth that is.

It also makes the case for a general election as the coalition government has either been lying to us or has been spectacularly inept. After all it does not know which laws apply to you and me or who makes them.

Parliament (basically all MPs and Lords) makes the law on behalf of the UK population.

The judiciary interprets and applies that law in the courts.

The Government (MPs of the winning party or parties) is empowered via the ballot box to run the country within the framework of that law.

In this case the judiciary has found that, in its interpretation, Parliament has made and framed the law in a way that gives the EU charter primacy over its own Acts of Parliament. So government is bound by the EU law. As these are 'fundamental' rights then this must surely be a 'fundamental' change in sovereignty, thus the argument for a referendum.

But of course, instead of running the country, the government is too busy wasting the time of ministers and officials as well as billions in taxpayers' money continually running around trying to find out who it is that is really running the country and making the laws that actually govern us. Because they don't seem to know, do they? An open goal for Nigel Farage and UKIP one would think.

Finally, what happens if Chris Grayling fails in the courts?

The letter Michael Becker should write to the PM