50 year old Bovey is reported to have had an alleged affair with stunning 24 year old heiress, Â Zoe de Mallet Morgan behind the back of his wife Anthea Turner who in turn was previously the mistress to Grant Bovery when he was married to Della Bovey.

But this time it is Anthea who according to an article inÂ The People (people.co.uk/news/uk-world-news/2012/08/05/anthea-turner-speaks-of-her-agony-over-split-with-husband-grant-bovey-102039-23916310/),Â is trying to put together the pieces of her heart and has described the pain as hurting "like hell".

Bovey and Turner married back in 2000 but according to reports Bovey was requested to vacate their Â£4.5 million home after his own daughters asked him to leave and he has remained in a hotel in London since the split.

And Anthea's former husband, DJ Peter Powell has been on hand to offer support, in fact Anthea has been spending time on Powell'sÂ yacht to try and work out her next move which could result in divorce. 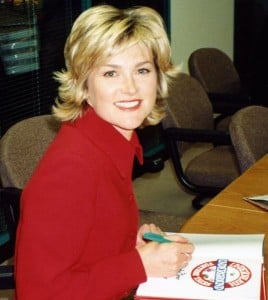