Strikes are taking place across Europe as the disaffected masses revolt against corrupt governments that seek to cut public spending at the behest of the banks.

General strikes are in full force in Spain (where one in four workers is unemployed) and Portugal supported by smaller strikes and walkouts in Greece, Italy and Belgium as Europe rejects the imposition of fiscalÂ tighteningÂ upon the public sector.

The strikes were called for byÂ The European Trade Union Confederation (ETUC) in a bold move to use industrial action to affect the entire infrastructure of mainland Europe.

Protesters turned out in hope of sending a message to the political class who are given their mandate by corporate interests in order toÂ maximizeÂ profit and protect assets at great cost to the majority.

Clashes with police have been reported with some reports stating over 100 arrests in Spain alone and the protests in Madrid will continue throughout the evening staged outside the Spanish parliament.

One protester in Madrid said "This is it, the people can take no more, we want revolution and if it does not come today then one day soon, the politicians have let us down and we will fight until our terms are met ". 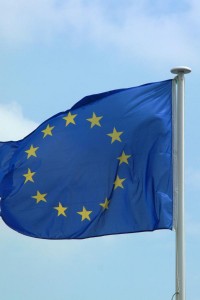