Youngest children from most vulnerable populations benefit most

Antibiotics improve growth in children at risk of undernourishment in low and middle income countries, finds a study published on bmj.com.

The results suggest that the youngest children from the most vulnerable populations benefit most in terms of clinically relevant growth gains, particularly for weight.

Poor nutrition in early childhood has both short and long term health effects and underlies around a third of all deaths in children aged under five years worldwide. Antibiotics have been linked to significant height and weight gains among children from undernourished populations, but results have not always been consistent.

So an international team of researchers set out to determine whether antibiotic treatment leads to improvements in growth in pre-pubertal children living in low and middle income countries.

They looked at changes in both linear growth (height) and ponderal growth (weight).

They analysed the results of 10 trials involving 4,316 children aged 1 month to 12 years in seven low and middle income countries. Children were generally below the age standardised average for height and weight, reflecting the spectrum of stunting and wasting malnutrition seen in these countries.

Differences in study design and quality were taken into account to minimise bias.

Overall, antibiotic treatment had a positive effect on both height and weight. The results show that antibiotics increased height by 0.04 cm/month and weight by 23.8 g/month. 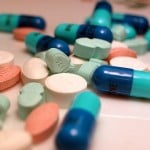 The exact reasons for the growth promoting effects of antibiotics remain unclear, say the authors, but may be due to resolving infections and altering gut microbes linked with impaired growth.

The growth gains “show the co-benefits of antibiotic treatment in high risk populations,” they conclude. However, they say more research is needed “to better understand the mechanisms involved.”

Understanding how antibiotic use may increase growth in undernourished children is the important next step. “Antibiotics, however, are not the most viable option for the treatment of malnutrition,” the authors conclude.

In an accompanying editorial, Dr Bhutta, the Robert Harding Chair in Global Child Health at the Hospital for Sick Children, Toronto & the Center of Excellence in Women & Child Health at the Aga Khan University, Pakistan, says that despite a decrease in the amount of child deaths over the past 20 years, the fall in rates of childhood under-nutrition has been much slower. He says that while there has been an “increasing interest in the potential role of antibiotics” their widespread use does pose problems such as resistance and cost. He concludes there is clear need for further research to “understand precisely how antibiotics might promote growth in children” and continued focus on known evidence-based nutrition interventions must be prioritised.