Just last Thursday, Apple Inc. (NASDAQ/AAPL) revealed its long-awaited and worst-kept secret when the maker of the “iPhone” and “iPad” reported it would align with China Mobile Limited (NYSE/CHL) to push its products into China, a very lucrative market for the smartphone giant.

The deal, while somewhat newsworthy, was not a bug surprise to the markets, as evidenced by the stock slightly edging upward by a little more than three percent on the news.

Now, you may be wondering why the stock market simply shrugged at the news, given that China Mobile is the biggest mobile deliverer in the world, with about 730 million subscribers.

Obviously, that’s a huge number of potential buyers and added revenue channels for Apple. But the deal really doesn’t mean Apple will be going back to its previous high above $700.00, reached in September 2012. The reality is that Apple needs to be able to find Chinese buyers for its somewhat expensive (or overpriced) smartphones and tablets.

The target market is there, and it’s probably closer to about 300 million people or so, based on the number of middle-class consumers in China. The reason I see its potential market base being much smaller than China Mobile’s subscriber base is simply due to the company’s product pricing. I really don’t think some shopkeeper or farmer in rural China is going to dole out a major portion of their annual wages to snap up a snazzy “iPhone 5C” or “5S.” This will be the main dilemma Apple will face in this market.

The problem at the very root of this dilemma is that Apple will need to shift its margins to address the prohibitive cost of its phones when considering the mass of Chinese consumers earning average wages.

China Mobile may decide to subsidize the iPhones for buyers, as we have seen here with the zero-cost 5C with the signing of a contract in more recent weeks. With the cost to make an iPhone 5C at around $190.00, it’s really not a big deal for China Mobile to subsidize its phones, given that the majority of the company’s revenues are made through its monthly mobile fees anyway. 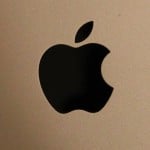 So for Apple to really push into China and increase its market share from its current five percent or so, the company’s success will lie squarely on the price point of its phones.

Apple has traditionally made money from selling its phones, so if the company were to make these major price cuts in China, it would be a divergence from its normal policy. But if the company wants to be the next Samsung Electronics Co. Ltd., LG Corporation, HTC Corporation, or Nokia Corporation (NYSE/NOK) in China and the emerging markets, aggressive pricing will be required for Apple to succeed and reward investors.

Of course, there is more than one way that investors interested in the mobile market can get in on the action without having to invest directly in phone makers like Apple. Read “How to Profit from the Mobile Market Without Investing in Phone Makers” for more.