Apple Inc has agreed to pay a minimum of $32.5 million in order to settle a US Federal Trade Commission complaint.

The complaint concerns the billing of consumers for millions of dollars of charges incurred by children in kids’ mobile apps without their parents’ consent.

Under the terms of the agreement Apple will also have to change its billing practices to ensure they get informed consent from consumers before charging them.

“This settlement is a victory for consumers harmed by Apple’s unfair billing, and a signal to the business community: whether you’re doing business in the mobile arena or the mall down the street, fundamental consumer protections apply,” said FTC Chairwoman Edith Ramirez.  “You cannot charge consumers for purchases they did not authorize.” 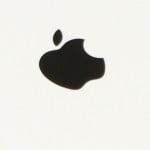 ‘The FTC’s complaint alleges that Apple violated the FTC Act by failing to tell parents that by entering a password they were approving a single in-app purchase and also 15 minutes of additional unlimited purchases their children could make without further action by the parent.’ The FTC said in a statement.'

It went on to say “Under the settlement, Apple will be required to provide full refunds, totaling a minimum of $32.5 million, to consumers who were billed for in-app charges that were incurred by children and were either accidental or not authorized by the consumer. Apple must make these refunds promptly, upon request from an account holder. Apple is required to give notice of the availability of refunds to all consumers charged for in-app charges with instructions on how to obtain a refund for unauthorized purchases by kids. Should Apple issue less than $32.5 million in refunds to consumers within the 12 months after the settlement becomes final, the company must remit the balance to the Commission.”