There was so much anticipation and hype for new, cheaper "iPhones" to be introduced by Apple Inc. (NASDAQ/AAPL) on September 10—but something went astray. It was akin to waiting with bated breath for a big moment to happen and then nothing materializes.

Prior to the announcement, cheap Apple iPhones were going to take over in the emerging markets and China, where consumers just don't have the means to pay that much for a smartphone.

But since the announcement launching the next generation iPhone, the share price of Apple has retrenched over 10%.

Here's the problem: Everything seems great for the new "iPhone 5S," which is much more powerful and twice as fast with the 64-bit "A7" chip. The 5S may be a better iPhone, yes, but the lack of selling has to do with the "iPhone 5C."

With the so-called "cheaper" 5C priced at $99.00 with a contract, the price tag is still way too steep for lower-income users in the emerging markets, which is where Apple needs to excel. Who cares about America?—Apple is already the boss of smartphones here.

However, the $100.00 lower cost of the plastic-bodied iPhone 5C could still cannibalize the iPhone 5S sales in the United States and other industrialized countries.

For the company, the failure to offer a cheaper iPhone 5C, say for under $50.00, was not smart. Apple is clearly going after margins, as has always been the case. In this instance, though, this is clearly not the right strategy. 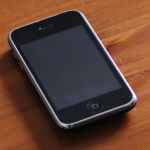 All Apple had to do was look at Nokia and Samsung's strategies in the emerging markets and realize it cannot be about margins in this space, but rather it needs to be based on the price point.

So Apple disappoints investors, and the subsequent reaction should not have been a surprise. And until Apple does lower its price or launch a cheaper iPhone, it's going to be tough for the company to make way outside of the U.S. market.

Given this, I would gravitate towards Samsung over Apple. I may even take a long look at Microsoft Corporation (NASDAQ/MSFT) after its recent proposal to buy the cellular business of Nokia. (Read "And the Loser in the Smartphone Battle Is…")