Apprentice of the Year scoops £1,000 prize

Lydia Feasey has been announced as the winner of the Institution of Engineering and Technology's (IET) Apprentice of the Year, a prize which is part of the new set of awards which seek to recognise the best and the brightest apprentices and technicians. Lydia, from Oxfordshire, received her prize at a prestigious Awards ceremony hosted by Liz Bonnin, TV presenter and bio-chemist, on 20 November in London.

The Joint European Torus site is largely being used for material testing for a new generation of machines. In 2010-11 a new beryllium, tungsten and inconel wall was installed into the site as a replacement for the Carbon Fibre Composite tiles. The aim of this was to look at how the materials behaved in the extreme conditions inside the site. Last year, particular parts of this needed to be removed for further analysis, and Lydia was asked to manage moving these delicate parts.

"The parts we were moving were incredibly fragile, so it was important that nothing was moved or disturbed, as this would have affected the project's results. Throughout the process, I have been required to make important decisions, communicate with people at all levels, manage people and projects, as well as monitor processes that I had implemented – I graduated from my apprenticeship in September and I know that I'll re-use all that I've learnt during this intervention."

The award is part of the IET's new Apprentice and Technician Awards scheme. The scheme aims to raise the profile of the good work that apprentices and technicians contribute to engineering businesses.

As IET Apprentice of the Year, Lydia has won a £1,000 prize, two year's free membership of the IET and payment of her professional registration fees.

Barry Brooks, IET President, said: "Lydia should be very proud to have been named IET Apprentice of the Year. The award recognises that she is one of the most exceptional young individuals working in her field.

"There is an urgent need to encourage more young people into engineering and to highlight that apprenticeships provide a vital way to develop skills that are much in demand in the increasingly complex engineering and technology sectors. This route into the profession opens doors to exciting and rewarding careers.

"The UK skills crisis will only be tackled if we can increase the pool of home grown technical skills. More engineering apprentices will ensure increased growth in the UK economy through industry's capacity and capability to react quickly to make full use of innovation and creativity." 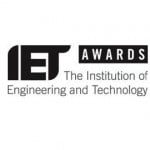 The Apprentice and Technician Awards are part of the IET's Inspiring Engineering Excellence Awards Series, which this year provided over £1million in awards, prizes and scholarships to celebrate excellence and research in the sector and encourage the next generation of engineers and technicians. All IET awards seek to inspire engineering excellence, including apprentices and technicians at the start of their careers, through to fully established professional engineers.

A spokesperson from GCHQ, which is a sponsor of the IET Achievement awards programme and ceremony said: "The Apprentice and Technician Awards scheme is a particularly special scheme because it acknowledges the significant impact that young people are having on engineering businesses through boosting productivity and enhancing the skills base. Modern apprenticeships in particular are a genuine alternative to University education and lead to just as rewarding a career path. Congratulations to the winners!"

Of her win, Lydia has said: "It's amazing to have been chosen as the IET Apprentice of the Year 2013. I am very grateful for the support I have had throughout my apprenticeship which has enabled me to get to where I am today."

Find out more about the Apprentice and Technician Awards here www.theiet.org/apprentice-awards.

Campaign Group to Submit Evidence to the Welsh Assembly