NASA has released a visualisation showing the extent that sea ice in the Arctic area has diminished over the decades.

The amount of ice measured on 26th August 2012 was the least since consistent satellite data collection of Arctic sea ice commenced some thirty years ago.

The image on the NASA website shows how for inside the average minimum extent line for 1979-2010 the present ice lies.

The data comes from the U.S. Defense Meteorological Satellite Program’s Special Sensor Microwave/Imager and scientists from both NASA and the National Snow and Ice Data Center have agreed that this is the smallest extent seen for three decades.

The extent of the remaining ice measured on the 26th Aug was 1.58 million square miles (4.1 square kilometres). Over the last thirty years the satellite data shows that the minimum summertime extent has fallen by 13% per decade as well as the ice thickness continuing to thin.

But this ice loss is not because we had an especially warm Arctic summer. NASA puts it down to the reducing mass of ice that survives the summertime melt season.

Joey Comiso, senior research scientist at NASA's Goddard Space Flight Center in Greenbelt, Md is quoted on the NASA site as saying “The persistent loss of perennial ice cover — ice that survives the melt season — led to this year's record summertime retreat. Unlike 2007, temperatures were not unusually warm in the Arctic this summer.”

But worse still, the Arctic melt season lasts well into September so the scientists say that they are expecting even more ice to disappear before the end of the year. 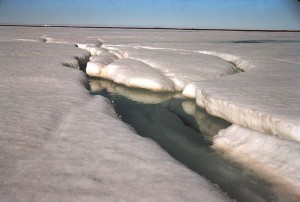 An Independent Scotland – The Implications For Savers And Investors