Once upon a time, Britain was a nation that prided itself on the skills of its people and finding a reputable, skilled tradesman was an easy task. 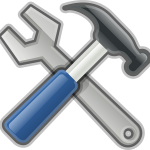 Sadly, it seems that traditional British tradesmen are a dying breed and homeowners are finding it increasingly difficult to find a reputable individual with the necessary skills to carry out essential maintenance and repair work.

So why have the numbers of British tradesman fallen so drastically and what is the overall effect that this is having on the UK?

Why have British tradesman numbers fallen over the years?

It seems that Britain has become a nation of academics and the push to pursue higher education courses has led to a decline in traditional apprenticeship schemes. In fact, recent research carried out by RatedPeople.com suggests that ¾ of UK tradesmen believe the nation is undergoing a crisis when it comes to attracting young people into the trade industry. This is backed up by the fact that more than 50% of young people surveyed said that they dismissed the trade industry in favour of an academic career path.

Bricklayers and plumbers are the two trades that have seen the biggest decline, which started following the economic crisis a few years ago. An influx of cheap labour from Europe has also been cited as a reason for declining numbers of home-grown tradesman. There are numerous websites where ‘Polish Plumbers’ can be found at below-market rates.

However, there was a reported rise in the number of female-run trade businesses last year, with many women taking up roles that were more traditionally suited to men.

What’s the impact of this decline?

There are several problems that have stemmed from this tradesman decline and it seems that it is British homeowners who are bearing the brunt of the fallout.

While the numbers of skilled tradesman are declining, the numbers of rogue traders [1] seems to be on the increase. Highlighted in a recent report by Trustmark, poor work carried out by rogue traders costs British consumers a staggering £1.9 billion per year. Most homeowners had to cover the costs of follow-up work themselves, but some were fortunate enough to be able to claim on their home insurance policies.

These rogue traders prey on unsuspecting homeowners, often the elderly, charging extortionate fees for substandard work. They are unscrupulous and usually don’t have the necessary skills, let alone requirements like insurance. That’s why it is always best to employ a reputable tradesman who understands why you need a tradesman insurance plan and won’t leave you in a bad situation.

A great resource for homeowners is the government-backed Trustmark scheme that encourages reputable traders to sign up and vets their qualifications before they can be hired. Individuals can search a large database of skilled professionals and find one that meets their requirements in the local area. The not-for-profit website should go some way to eliminating Britain’s rogue traders, but homeowners should always be cautious before employing the services of any tradesman. Recommendations from friends and family are still a great way to source a reputable individual.