Writing for a buy to let mortgage broker, I could be forgiven for having a clear-cut view of whether or not the tax breaks afforded to landlords are fair or unfair. As it happens, what I actually have is a relatively good understanding of a complex situation with no easy answer.

The Intergenerational Foundation (IF), a UK think tank whose motto is ‘Fairness for Future Generations’, does have a set opinion on the matter, however. In a provocative report entitled ‘Why BTL equals “Big Tax Let-off”’, published late last month, they argued that the tax breaks are decidedly (if you haven’t already guessed) unfair.

In its foreword, the paper argues that buy to let investment encourages little new construction, generates very little tax, distorts house-prices and prevents first-time buyers, particularly those aged 20–30, from entering the housing market themselves. It argues that whilst Britain’s exchequer treats buy to let as a business, it is in fact an ‘investment activity’ and should be treated as such. This entails removing the tax breaks enjoyed by landlords – the 36-month (18-month, as of April 2014) CGT holiday for properties they have at any point inhabited, the 10% undisclosed wear and tear allowance and – the big one – off-settable business expenses, including tax-deductible buy to let mortgage interest, which the report estimates costs somewhere between £2.6 and £5.2bn per year in lost tax revenue.

For my part, I can play devil’s advocate and argue some of these points.

The government has this year funded a £1bn build to rent fund, which will result in the creation of some 8–10,000 new private rental properties. This is a drop in the ocean next to the 250,000 that homeless charity Shelter estimates is required, but one could argue that restrictive planning laws and land-hoarding property developers are bigger barriers to needed construction.

Further to this is the proportion of the housing market for which buy to let actually accounts. According to CML, in Q3 2013, buy to let accounted for 10.3% of gross mortgage lending. The material effect such a proportion has on demand and on prices is likely to be small, particularly seeing as landlords’ purchasing power is curtailed by rental valuations and the relatively high LTV ratios of buy to let mortgages. I expect the government’s Help to Buy mortgage guarantee will likely do more to inflate house prices. The percentage of house purchase lending at 90% LTV or higher peaked at around 22% in the first half of 2008 and has been at around a tenth of that level since the crash that shortly followed.

It was rumoured, prior to the Chancellor’s Autumn Budget announcement on 5 December, that he would remove landlords’ ability of offset buy to let mortgage interest against rental income. As unlikely as this ever was (more than a third of the current cabinet have a declared interest in rental property), I can also speculate as to what effect curtailing or eliminating buy to let tax breaks would have.

In the short term, landlords would collectively lose that £2.6–£5.2bn per year in offset tax; with an estimated 1.5m landlords in the UK, this amounts to between £1,700 and £3,400 each. This realistically means that landlords will raise rents or cut costs in other areas. Some landlords might even go into liquidation. The customer – the tenant, the individual who should be the focus – suffers in either case. 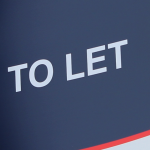 In the long term, landlords’ investment strategies will shift. Interest only mortgages will no longer be financially viable, which could lead to a less heavily-geared rental sector. This in turn will mean more stability and, without the restrictions of buy to let lenders dictating how and to whom landlords may let their properties, more flexibility. With larger buy to let mortgage repayments, however, rents are still likely to be higher – unless the sector only comprises the large, institutional landlord who can service such debt.

This is perhaps the future that the UK needs: a sector wherein landlords are professional and where investment is institutional. Many Western cultures less fixated on home-ownership – America, Germany and the Netherlands, for instance – already have such a rental sector, and this is what the government has stated it hopes to create.

The private rental sector has a history of corrective legislation having unintended consequences: post-WW1 rent caps, the 1965 Rent Act and 1977 Protection from Eviction Act all had huge effects on the availability of private rental housing when they caused landlords to withdraw from the sector. You could say that the balancing legislation, 1988’s Housing Act, had the opposite effect; luring landlords back to the sector but removing security of tenure from tenants in the process.

So we have a game-plan – but how we achieve it must be carefully monitored. IF hopes to start an important debate about the future of buy to let, how we subsidise it and whether it is really realistic to expect the UK to ever be a ‘property owning democracy’. I suspect that the debate is underway – now we wait to see what the future holds.

Outdoor thefts: A thorn in the side of Britain’s garden lovers