Are Foreign Second Homeowners The Key To Spain’s Recovery?

High unemployment and a sluggish economy are stifling Spain’s appeal to Brits looking somewhere sunny to live and work, but its bargain property prices are attracting holiday homeowners and investors, that is according to a string of statistics published in April.

Richard Way, Editor at The Overseas Guides Company, publishers of the Spain Buying Guide said: “The Bank of Spain reported that investment by foreigners in Spain’s housing market in 2013 was the highest for nine years, at €6.45 billion (US$8.95 billion), up 16 per cent on the previous year. At the same time, a leading overseas mortgage broker confirmed in April a sizeable shift in interest for Spain in the last six months, with the country accounting for more than half of enquiries being received – the first time that a single country has accounted for such a large percentage of the broker’s enquiries. 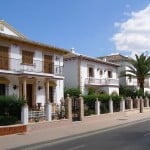 “Similarly, at The Overseas Guides Company, we have witnessed more interest for property in Spain than in France during the first quarter of 2014 – historically it has been the reverse. And yesterday (April 28th), Spain’s Association of Land Registrars released a statement saying that foreigners’ share of all Spanish property transactions rose to 11.15 per cent in 2013, compared to just 4.45 per cent in 2009. The Balearic Islands, home to Mallorca, attract the largest portion of foreign buyers (30.7 per cent), followed by the Valencian Community (24.8 per cent), home to the Costa Blanca and the Canary Islands (24.6 per cent).

“Recent statistics showing a fall in the number of British people registered at town halls in 2013 would suggest more people are returning to the UK than relocating to Spain. However, they don’t reflect people purchasing second homes there or Brits that split their time between the two countries, while remaining a resident of the UK.”