Depending on who you ask, sales in the retail sector may be either brisk or failing to gain traction. Like most things in the stock market, when it comes to the retail sector, it's all about perspective.

Are these retail sector sales numbers the latest indication that the economy is getting stronger as we begin 2014?

Well, that depends on how you look at it. Month-over-month, the retail sector sales data looks encouraging. But if you step back a bit and look at the last few months—or even year-over-year numbers—the retail sector and, by extension, the U.S. economy don't look so bright.

It appears the so-called economic "rebound" means that even dollar stores are getting too expensive for many Americans. While Family Dollar Stores, Inc. (NYSE/FDO) has seen its share price soar by more than 365% since the markets crashed in 2008, it's been seeing red after reporting disappointing first-quarter earnings. (Source: "Family Dollar Reports First Quarter 2014 Financial Results," Family Dollar Stores, Inc. web site, January 9, 2014.) 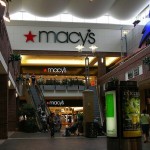 In an effort to increase sales, this retail sector stock launched more promotions than it had originally planned—but to no avail; comparable store sales fell by about three percent. The difficult operating environment means the company has had to lower its earnings expectations for the second quarter and full year of fiscal 2014. These kinds of metrics do not bode well for an economy that gets about 70% of its economic growth from consumer spending.

Going forward, stagnant wages and high unemployment could also mean that big-box retail sector stocks, including Target Corporation (NYSE/TGT), Sears Holdings Corporation (NASDAQ/SHLD), and Macy's, Inc. (NYSE/M), could be in for a rough ride in 2014.

If retail stocks tumble, investors could consider shorting an exchange-traded fund (ETF) like SPDR S&P Retail ETF (NYSEArca/XRT) or Market Vectors Retail ETF (NYSEArca/RTH). At the other end of the spectrum, there are a number of solid luxury brand stocks that have been performing consistently, including Michael Kors Holdings Limited (NYSE/KORS) and Tiffany & Co. (NYSE/TIF), that investors may also consider.

This article Are Retail Sales Indicators Really as Positive as They Seem? was originally published at Daily Gains Letter.