While many retailers in the United States might be having visions of sugar plums, a lot will be left holding a chunk of coal. And in spite of the economic pressures facing American retail stocks, this piece of coal will not turn into a diamond.

Even though the U.S. economy is reportedly on stronger footing, you wouldn’t be able to tell by the number of people out shopping. Traffic to U.S. retail stores is expected to slip 1.4% this November and December. In the last two months of 2012, traffic increased by 2.5% after falling 3.1% in 2011. (Source: Wohl, J., “U.S. holiday sales expected to rise less than last year: Reuters web site,” September 17, 2013.)

This cannot help but translate into weaker-than-expected sales. In fact, sales at U.S. stores are projected to rise just 2.4% in November and December, compared to three percent for the same period in 2012, four percent in 2011, and 3.8% in 2010.

Granted, these miserly 2013 holiday sales projections came out ahead of recent economic data that showed the U.S. added more jobs than expected in October. However, even that observation is missing the bigger picture; after all, shoppers need money to shop.

The supplemental poverty measure accounts for the impact of different benefits and necessary expenses based on the resources currently available, plus differences in housing costs, based on location. For example, for children, the supplemental poverty rate of 18% would rise to 24.7% if refundable tax credits were excluded. And if we exclude Social Security, the majority of Americans 65 and older (54.7%, or 23.7 million) would be in poverty.

Not surprisingly, consumer confidence levels are down. In October, the Conference Board Consumer Confidence Index slipped more than 11% month-over-month, from 80.2 in September to 71.2. The widely followed University of Michigan Consumer Sentiment Index sits at the lowest levels this year, and has been in sharp decline since July. (Source: “Consumer Confidence Decreases Sharply in October,” The Conference Board web site, October 29, 2013.)

Thanks to a weak economic environment and a stubbornly high unemployment rate, consumers are reluctant to spend money. According to one survey, one-third of consumers expect to spend less on electronics, toys, and jewelry than they did last year; on top of that, 27% say they will spend less on clothing. This is significant when you consider that 70% of the U.S. economy is fuelled by consumer spending. (Source: Ibid.) 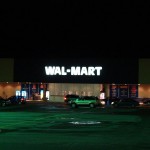 That’s not lost on U.S. retailers that are going to the ends of the Earth to make the kickoff to Black Friday as profitable as possible—even if that means saying a fond farewell to Thanksgiving as we know it. U.S. retail stocks, including Wal-Mart Stores, Inc. (NYSE/WMT), Target Corporation (NYSE/TGT), Sears Holdings Corporation (NASDAQ/SHLD), and The Gap, Inc. (NYSE/GPS) are now starting to celebrate Black Friday on Thanksgiving at 8:00 p.m. Not to be outdone, U.S .retail stock Best Buy Co., Inc. (NYSE/BBY) is opening its doors at 6:00 p.m.—right around the time most Americans are sitting down to carve the turkey.

Obviously, not all U.S. retail stocks are created equal, or can diversify quickly enough to take advantage of the changing economic tide. Discount variety stores may be at the top of some lists this year, including U.S. retail stocks like Dollar Tree, Inc. (NASDAQ/DLTR), Ross Stores, Inc. (NASDAQ/ROST), Dollar General Corporation (NYSE/DG), and Wal-Mart.

At the other end of the spectrum are luxury brands that have been performing consistently well, including U.S. retail stocks such as Michael Kors Holdings Limited (NYSE/KORS) and Tiffany & Co. (NYSE/TIF). Even U.S. retail stock Coach, Inc. (NYSE/COH) is showing signs of renewed strength, having recently bounced off a support level.

This article Are These Retail Stocks Pre-Holiday Bargains? by John Paul Whitefoot, BA Was originally published at Daily Gains Letter