The US dollar has been under pressure over the last month, falling 6% on a trade weighted basis. We should not forget that the US dollar has been on a considerable run since July 2014 and a pause in that rally was to be expected. We do not, however, believe that it marks a significant reversal of the strong US dollar trend and that over time the interest rate differential and relative economic fundamentals will come to the fore once more in support of the US currency.

Recent data disappointments are nonetheless challenging this view. Most forecasters are expecting a revision lower in first quarter US growth into negative territory, while second quarter growth is likely to be curbed by the redress of high inventory levels. Tellingly, eurozone first quarter growth surpassed the US, which, according to some economists, will be 'the story of the year'.

On balance, though, we continue to believe that the first quarter weakness is to some extent a replay of this time last year due to seasonal weather effects, which have been compounded by port strikes as well as by capital expenditure reductions in the energy sector. Energy companies have reacted quickly to oil price movements, but we expect the drag of capital expenditure cuts to fade as the oil price has stabilised.

More difficult to explain is ongoing consumer data disappointments, highlighted by the latest retail sales report in April. The warmer weather has not enticed consumers back to the mall – department store sales fell 5.1% year-on-year in April. But rather than depicting a picture of consumer retrenchment, we consider the underlying details are more nuanced, and potentially reflect a shift in US consumer spending habits. 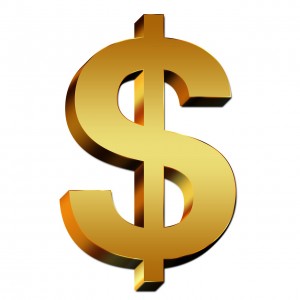 Evidently, consumers spent more on online sales ('nonstore' retailers rose 6.3% y-o-y) and in restaurants and bars (an increase of 8.5% y-o-y). We note that business activity in the services sector has been consistently robust this year (shown by the PMI services survey), despite the difficulties experienced by the manufacturing sector during the first quarter.

Ultimately, though, what will propel consumer spending going forward is a strong jobs market and rising wages. Reassuringly, both of these forces are in evidence. Weekly jobless claims remain at a 15-year low, while wage momentum has been picking up since the end of 2014, particularly in the private sector. The employment cost index shows that total compensation for private sector employees rose 2.8% in March 2015 over the previous year, with the gains broad based across occupations.

Based on these factors, we continue to believe that the Federal Reserve will be the first central bank in the G4 to raise rates, which should favour a stronger US dollar trend over the longer term.

From another perspective, sterling has been enjoying a post-election bounce with currency markets deciding to overlook the Bank of England's revision lower of growth forecasts this year. However, UK rate expectations have been pushed back to the second quarter of next year. Meanwhile, the euro has benefited from positive data surprises, but President Draghi reaffirmed his commitment to European Central Bank monetary stimulus last week. In addition, we are not much closer to a resolution to the Greek sovereign debt crisis, which is likely to keep the euro vulnerable to sovereign event risk.

Our expectation is that the US growth rebound will not necessarily be a smooth upward trajectory. That said, we may have seen the worst of US data.

'Repayable on Demand', does it mean what it says any more?