Are you protecting your children’s eyes from the sun this summer?

Estimates say up to 80% of a person’s lifetime exposure to UV radiation occurs before the age of 18, yet over three quarters of British parents are unaware of the need to prioritise packing their child’s sunglasses for holidays.

Summer is the easiest time of the year to enjoy the sunshine and get some natural vitamin D, however it’s also a time where we are exposed to harmful UVA & UVB rays. New research released today finds that while a majority of parents protect their children’s skin, most forget to protect their eyes from the harmful ultraviolet rays.

It is estimated children’s annual UV exposure is on average three times higher than adults and since their eyes are not fully developed they have less natural protection from the harmful effects of UV light.

With estimates saying up to 80% of a person’s lifetime exposure to UV radiation occurs before the age of 18, it is important for parents to ensure their children wear sunglasses when outdoors to keep their eyes protected. Children’s pupils are larger than adults, meaning they let in more UV light and their crystalline lens is more transparent, meaning it is less efficient at filtering out UV. 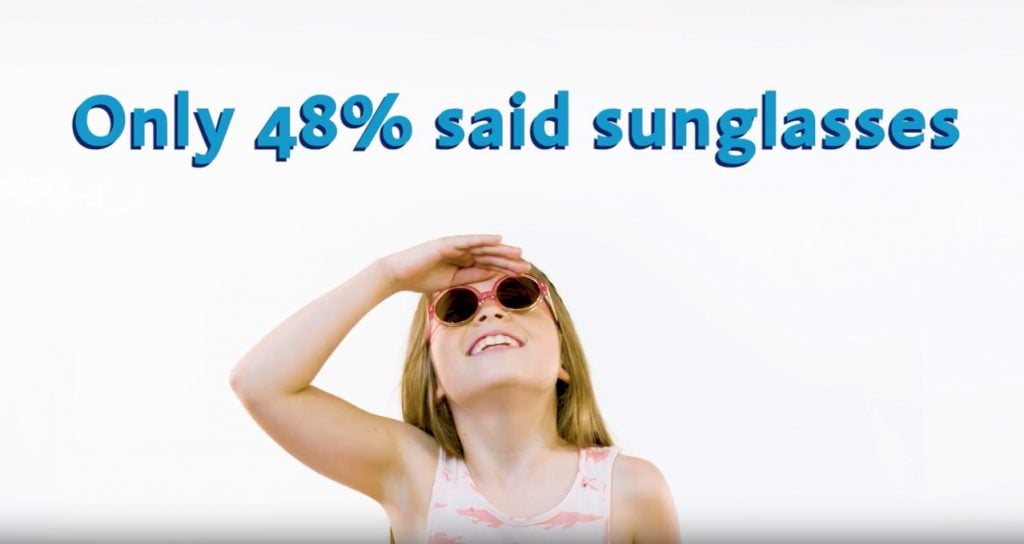 Short term temporary effects of excessive exposure to UV light to children include:

Whilst the majority parents are concerned about packing high factor sun creams and hats to keep their children protected in the sun, almost three quarters don’t consider sunglasses a priority as shown in new research by monkey monkey eyewear. However parents do prioritise packing swimming costumes, snacks and even a Kindle over sunglasses.

‘This research proves that without a doubt UV light does damage children’s eyes, which typically doesn’t manifest until later in life. It is incredibly dangerous to buy super cheap pound shop sunglasses, which contain dark lenses but no UV filters. With monkey monkey sunglasses, your children are fully protected and you can feel confident when they play in the sunshine.’

Cancer rates rise but could be cut with lifestyle changes

Half of Divorced Brits Considered Leaving Their Partner at the Altar

Struggling to Choose Your Holiday reads?