Two British cruise ships were blocked from docking in the port of Ushuaia, the capital of Argentina’s Tierra del Fuego Province, which is regarded as the world’s most southerly city.

The two ships, the Adonia (P&O Cruises) and the Star Princess (Princess Cruises), both part of the Carnival company cruise fleet, had been due to berth in Ushuaia on Monday morning. But now they are reported to be heading for Punta Arenas in Chile.

The decision to block the vessels had been made early in the morning by the governor of Tierra del Fuego, Fabiana Rios, who is a supporter of the country’s president Cristina Fernandez de Kirchner, at the behest of Argentine veterans of Argentina’s misguided adventure in 1982.

But the spokesman also had little sympathy for those in the tourism trade that lost the custom of a potential 5,000 cruise passengers due to enjoy the delights of the city saying "The tourism executives who feel affected by this should do things better. We don't have any problems with cruise ships flying the flags of France or other countries."

Talk about cutting off your nose to spite your face!

The British foreign office responded with "We are very concerned to hear the Adonia and Star Princess have been refused access to the port of Ushuaia. British diplomats in Argentina are urgently seeking to clarify the circumstances surrounding this incident."

British flagged vessels have already been banned from berthing in Argentine ports as well as those of its South American allies. President Kirchner has also threatened to prevent the weekly flight from Chile to the Falkland Islands from entering Argentine air space so cutting the islands off from the rest of the world.

These bully boy tactics by Argentina against legitimate trade are no way to behave, especially when it also robs its own people of a living.

Argentina should also consider the $2 billion that has been invested by the UK in their country over the last three years, the UK being their sixth largest investor. As well as the Â£150 million surplus from its $1.4 billion in bilateral trade it has with the UK. As well as stopping taking the advice of Hollywood actors when formulating foreign policy. 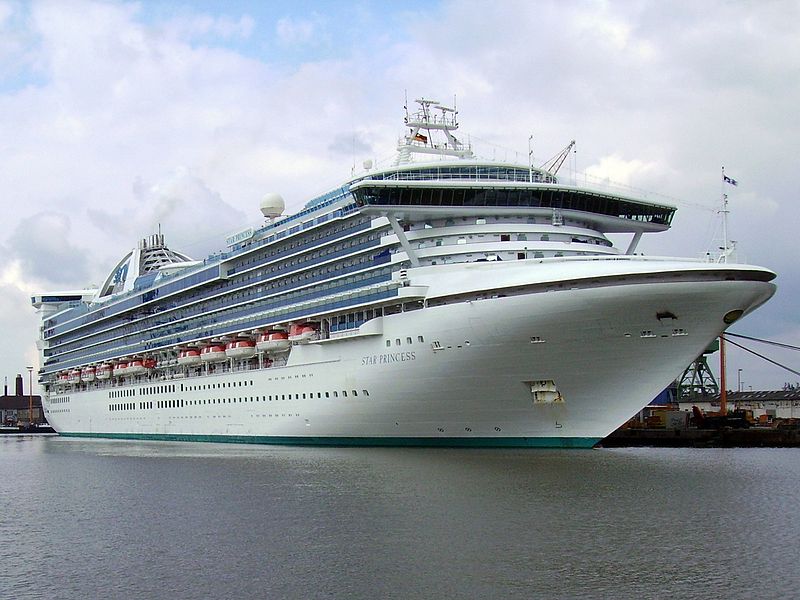