Argentinian Rugby Legend Felipe Contepomi has given his thoughts on the second round Pool C match between Argentina v. Georgia at Kingsholm Stadium on 25th September 2015.

Rugby World Cup 2015 is on course to become the best attended, most viewed and most socially engaged Tournament ever. Having seen Argentina lose 26 – 16 against current World Champions New Zealand in their opening match, Land Rover Ambassador Contepomi is expecting a hard fought game against Georgia.

The former Argentinian fly-half commented: "The game will be won or lost in the front eight, Argentina need to get the ball and have a good performance. I think Georgia are a very tough and physical team and if you give them the ball they know how to play. They showed how hard they can play against Tonga."

"To win the Rugby World Cup my heart says Argentina but in fairness I think that New Zealand are favourites."

Given its 20 year heritage in Rugby around the world from grassroots to elite, Land Rover is using its position as a proud Worldwide Partner of Rugby World Cup 2015 to shine a spotlight on grassroots rugby. Land Rover's #WeDealInReal campaign champions and celebrates the people that are the heart and soul of the game, by putting local clubs on the global stage. 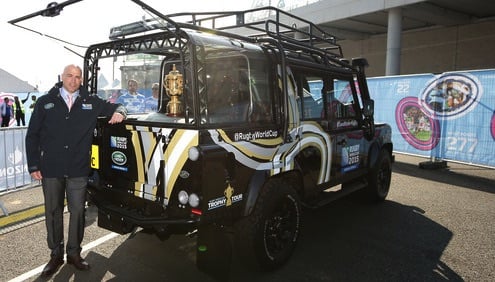 How Better Lighting Can Boost Motivation in the Workplace