As the EU elections near, UKIP leads the way

• As the EU elections near UKIP is leading the way

An exclusive poll for the Daily Mail by Opinium Research puts Nigel Farage's party narrowly in the lead with a one point lead over Labour. UKIP have 28% of the vote in the European Parliament elections vs. 27% for Labour and 23% for the Conservatives. The Lib Dems are a distant fourth with just 8%.

This comes close after an Opinium/Observer poll that gave UKIP a boost in its standing when looking at the domestic political picture. 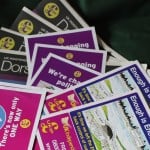 If these results were repeated on election day it would represent gains of eleven percentage points on the last elections in 2009 for both UKIP (up from 17%) and Labour (up from 16%) while the Conservatives would have fallen by five points and the Lib Dems by six points.

"The European elections are traditionally UKIP's time to shine as the low turnout magnifies the views of those enthusiastic enough to turn up and vote. Combine that with their new role as the party of the anti-establishment protest vote and this May looks to be a perfect storm for Nigel Farage and his colleagues."

The US debt ceiling saga continues – a Forex view