As the EU elections near UKIP support steadily increases

♦ UKIP backing is up by 2 points

This week’s Opinium/Observer Political Poll reveals that UKIP’s support is on the up. Perhaps unsurprisingly with the EU elections soon upon us, the party’s backing is up two points, cementing its position in third place well ahead of the Liberal Democrats, who even though are up by two still remain in single figures. The Conservatives are down 3 points to 29%, meaning that, despite falling a point themselves, Labour have a 4 point lead.

• Conservative support slips by 3 points to 29%

• The Liberal Democrats are up 2 points at 9%

Yes or no for another coalition? 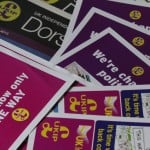 Voters think single-party governments are generally better for Britain (55%) than a coalition (15%) but views are mixed on what should happen if the 2015 election returns another hung parliament. Over a third (35%) think that the parties in the Commons should form a coalition government while just under a third (30%) say that another general election should be held. Only 18% say the largest party should form a minority government.

“These results are interesting because constitutionally it’s the other way around. When this has happened previously, the party with the most seats formed the government regardless of the number of actual votes. What’s more, this is a serious possibility for 2015. Labour voters are better spread out than Tory supporters which means there’s a chance the Tories get the most votes but Labour get the most seats and therefore ‘win’. These results could be a foretaste of the crisis of legitimacy that any incoming government could face if they don’t win the most votes as well as the most seats.”