In the week that saw both the return of the Ashes urn as well as the sunnier weather, provisional divisional sales (excluding fuel) at Waitrose increased 2.2 per cent compared with the same week last year.

As proud sponsors of England Cricket we have, along with much of the nation, been gripped by the Test series. With people keeping close to the action at Trent Bridge, we saw rising demand for celebratory food and drink. Beer sales, for instance, soared; premium bottled ale sales were up 35 per cent and speciality beer sales up 49 per cent.

Traditional cricket favourites also experienced a surge. Sales of tea and coffee rose 40 per cent, while demand for all butter scones increased 21 per cent. Cakes were up 25 per cent, and bread, perfect for lunchtime sandwiches, was up 24 per cent. 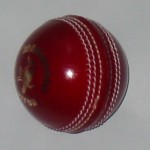 Picnic staples also saw a spike in sales. Sales of Scotch eggs jumped 32 per cent, while pork pies and quiches had a 13 per cent and 12 per cent rise respectively. Sales of snacks from our delicatessen counters rose 39 per cent.

It wasn't all about pork pies and pints, though.  The return of the warm weather led to a growing demand for summer food and drink. The Pimms-o-meter, a reliable indicator of the temperature, showed a huge increase, as sales climbed 170 per cent. Sales of ice cubes increased 8 per cent.

Healthier ice cream alternatives such as almond ice cream and frozen yogurts are enjoying a wave of popularity, with sales up 40 per cent.

As the barbecues were rolled out and sales of burgers and sausages increased, bread rolls jumped by 20 per cent, while prepared salads had a 9 per cent increase. A rising demand for avocados, which recently featured in a recipe on Adam Richman's ITV show, BBQ Champ, saw sales up 30 per cent compared to last year.

Outdoor plants for the garden up nearly 10 per cent, while outdoor gardening products rose by 34 per cent.