A privately-run children’s prison unlawfully punished seven boys after they were involved in a protest over conditions on their wing, a High Court judge ruled today (Thursday 7 March).

Ashfield Prison, near Bristol, also violated the right to a fair trial, protected by the European Convention on Human Rights, Mrs Justice Nicola Davies found. The Serco-run prison failed to provide essential documents to legal representatives in advance of hearings before the Independent Adjudicator when inmates faced punishments including further days’ imprisonment.

Mrs Justice Nicola Davies condemned the prison for its “wholly inadequate system” for disclosing case papers and found that senior staff had a “woeful absence of knowledge” of their legal duties.

The boys, who were aged 17 at the time and are now all 18, were kept in isolation after the incident. Five of them were subjected to an informal ‘shadow segregation’ regime, known as ‘restriction on the wing’. This was unlawful because it lacked any of the safeguards applicable to formal segregation procedures.

All seven claimants are represented by the Howard League for Penal Reform.

The case was heard at the High Court in December 2012. The Ministry of Justice announced in January that Ashfield is to be re-rolled as an adult prison. All children are to be transferred out of the prison by the end of March.

Frances Crook, Chief Executive of the Howard League for Penal Reform, said: “This judgment confirms what we have been saying for a long time, and what the government has now recognised – Ashfield is no place for a child.

“If staff don’t know what the prison rules are and make them up as they go along, how can children be expected to comply and learn to be good citizens?

“Ashfield is an unsafe establishment run for profit which has seen appalling levels of violence, with 1,039 assaults recorded last year, as well as excessive use of restraint. We are very pleased that it will no longer hold children.

“It was encouraging to see that, only a few weeks after this case came to the High Court, ministers decided that Ashfield should be re-rolled.”

The court heard that the boys were punished after they were involved in a protest on an astro-turf pitch at the prison. 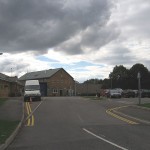 The incident was witnessed by a district judge, who was visiting the site in his role as an Independent Adjudicator. Despite being invited to recuse himself from either conducting the boys’ adjudication hearings or passing sentence, he declined and imposed additional days’ imprisonment on each of them.

A claim against the Independent Adjudicator was settled in the boys’ favour last year. The additional days were taken off their sentences – 90 days in total.

Research by the Howard League, conducted independently of this case, revealed that children at Ashfield were given extra days totalling more than five years’ imprisonment between January 2010 and April 2012 – far more than any other children’s prison in England and Wales.

“The care and treatment of young offenders is challenging and involves looking after some of the most vulnerable and difficult young people in society. We are pleased that the Judge confirmed that our actions to impose sanctions on offenders by limiting access to certain privileges, such as in-cell televisions and phones, to be lawful whilst also ensuring their continued participation in education in a way that managed the risk that they posed.

“It is right that we tackle unacceptable and threatening behaviour swiftly and robustly to ensure the safety of offenders and staff. However, we acknowledge that on this occasion some proceduresÂ were not followed, in particular those regarding the removal of the offenders from association over the weekend following the incident. We also acknowledge that we did not provide one of the offenders in this case with all necessary paperwork prior to an adjudication hearing.Â Serco expects the very highest standards and we have already amended our processes to ensure that this does not happen again.

“Serco is fully accountable for the custodial services we provide to the Ministry of Justice and they are subject to constant scrutiny and inspection. We have thoroughly investigated all the issues raised in the court and responded to the changing and evolving case, in which many of the initial allegations were unfounded and withdrawn. This has been reflected in the Judge’s decision which provides an equitable result with each party bearing its own legal costs.”