The buzz at this year's NAMM was newcomer, Aston Microphones, with three bold launches that are bringing affordable high-end products to the marketplace.

So what is this fuss all about?

The British made Aston Spirit, Origin and Halo caught the attention of all and sundry as the world's leading brands fought it out for attention at the prestigious music showcasing trade show, with Stevie Wonder giving a big thumbs up after hearing the quality of the microphones.

After all, if you were looking to break into the LDC microphone market, having the most discerning set of ears (Mr Wonder's) in the music business for the past 50 years apparently saying "I love these mics" in conjunction with a purchase means you have arrived and done your job.

The interesting methodology used by Aston microphones is not dissimilar to the one used by RCA back in the day where they perfected killer microphones through the feedback of those that used them, the sound artists, engineers and producers until the best possible microphone was achieved. 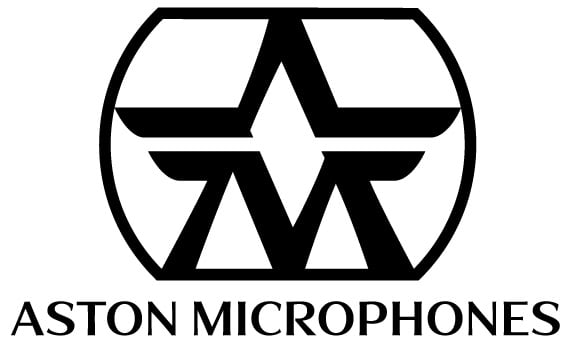 Drawing from an advisory panel which reads like a who's who in the world of music production, recording and engineering, Aston microphones catered the Origin and Spirit specifications to the audio recommendations and requests from said panel.

It worked back in the early 20th century at the dawn of studio recording and it seems to have worked here but aside from the functionality, the visual appeal of these microphones really has reinvented the wheel in LDC design but more on that in a full review of both mics to follow shortly.

If you go to their Facebook page you will find serious heavyweight artists and engineers alike singing high praise of the microphones and the price is a bit shocking.

The cardioid set positioned Origin is retailing around the £199 mark and the multi-pattern Spirit (a very different microphone outside of the similar aesthetics) for around £299 mark which is the price of a day's studio-time in your average studio.

In other words, insanely cheap.

Aston market themselves as a 'British sound', which I initially found quite confusing seeing as I equate the old BBC Coles 4038 ribbon with a classic British sound and the Origin and Spirit were always going to be a different beast because as condenser mics they are naturally brighter with less proximity effect; yet upon hearing the initial YouTube tests I was even more confused.

Why?….well, there really was something British sounding about these Microphones that went beyond the power of suggestion. They appear to have a sound of their own even though clearly quite flat in response but it is very rare that you can't put your finger on why something sounds so good to the point where the product becomes vital.

There are plenty of LDC mics out there with flat responses but commanding many times the price tag and most of the time they do very little to flatter in the mix however yet again I use the word 'vital' when it comes to the Aston microphones because there is that timeless magic quality which the Coles 4038 has and for some reason really sounds British and warm.

Just when you though your mic locker was complete and you had every corner covered along came Aston.

Microphones were not all that was on offer from Aston at this year's NAMM, the new Halo reflection filter (priced at around £199) with it's unique visual aesthetic design based on the latest acoustic reflection and filtering technology.

Like the other aforementioned brand launches the Halo has a completely new (dare I say inspired) look with a much larger coverage than most portable reflection booths….again, I will be reviewing this in the future with contextual demos.

Just in case you could not tell, I am excited about this brand not just because they have launched with products that are affordable to every home recording artist and professional artist alike but because their dedication to combining innovation and style is obvious.

And there are more products in the pipeline.

It is not often that the buzz surrounding a new company exceeds the hype but that is very much the scenario here, in fact the only real hype has been generated by users.