Frances Dickens, CEO of Astus the UK’s largest media barter company comments on the Chancellor’s Autumn Statement and its impact on entrepreneurs, business and people. Frances is a great example of an entrepreneur and certainly has strong opinions on the recent budget.

“Overall it was a decent, prudent statement which Labour would have difficultly coming back against but I would’ve liked to have seen George Osborne take things further.” She says.

“Capping business rates at 2% is certainly a step in the right direction although it does not go far enough. Business rates are simply too high with many potential entrepreneurs left bewildered and demotivated when the demand for rates lands on their mat which can be equal to or even higher than the rental they pay on their premises, where’s the incentive in that?

“The reoccupation relief for new businesses is a great idea and may help the high street to fight back against online retailers who don’t have to pay often crippling business rates. I just wonder how long this will last and I hope it does not simply delay the inevitable costs. 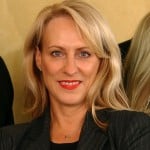 “There also should be more support for business in the form of a cut in corporation tax, this not only encourages inward investment and the relocation of major HQ’s into the UK but can also encourage growth within existing businesses.

“Osborne commented that Britain has the second best tax regime in the world, which is certainly debatable. While we do have an effective tax system there are also high levels of invasion and complexity which need to be fixed.

“Personal taxation is too high, I’m a great believer in letting people keep more of their earned income and allow them to spend it on what they choose, so I’m happy with the policies at the lower end of the pay spectrum which sees more generous allowances to low paid workers but there also needs to be a cut in the rates paid by those who work hard to create jobs and businesses and are offered the disincentive of higher personal taxes.”