Analysis by the consultancy Towers Watson shows the total UK ‘at retirement’ market is set to grow considerably in the next 10 years. Using projections derived from a study of the aggregate value of UK pension pots for different age segments, it estimates that inflows into the market will reach £50 billion by 2023, over three times its current size.

As this growth unfolds, the company notes, more people will have money in defined contribution (DC) funds and will need to take active decisions about what to do with them. Surveys conducted by Towers Watson with employer pension funds have shown the rapid decline in active membership of private final salary schemes will continue in the coming years. Currently, 37% of companies with final salary schemes say these are closed to future accrual, but this will increase to an expected 73% in five years’ time. Indeed, the market growth could be even larger after the Government’s announcement on Monday 21 July to allow transfers from final salary schemes into new DC pots, subject to specific safeguards.

“This growth in the overall market and the increased flexibility retirees will have in how they use their pension pots should encourage innovation from product providers to ensure they offer customers attractive income and protection options.” 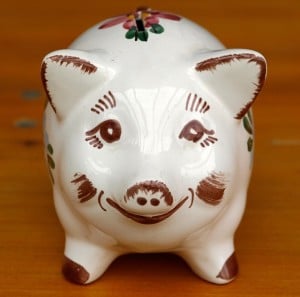 Even allowing for the ability of savers to use their retirement funds in more diverse ways, wider savings market trends will result in projected annuity sales rebounding to over £10 billion by the end of 2023, the company believes.  Prior to the Budget announcement, the conventional annuities market was worth approximately £12 billion per annum, according to 2013 figures from the Association of British Insurers. Sales have, however, dropped significantly in the months since the Budget.

“Contrary to the gloomy picture of the future of the annuities market that has been painted since the March Budget, we think annuities will remain an appealing and safe proposition to many consumers and an attractive market to providers,” commented Jeremy Nurse.

He added: “Over and above the numbers we’ve arrived at, there are several circumstances that could push future annuity sales higher in our opinion, particularly with the Government’s decision to allow transfers from company final salary schemes and its encouragement of product innovation, such as annuities with declining payments or from which lump sums can be drawn. Higher interest rates, and a restoration of confidence in the value of the products would also have an effect.”