The huge 240 turbine Atlantic Array wind farm project in North Devon has been pulled by the developer the BBC has learnt from the Department of Energy and Climate Change (DECC).

The developer, RW Innogy, said the project was neither “viable” nor was it “the right time” for it and DECC told the BBC that the decision ‘ … was made purely on technical grounds’. However BBC South West political editor Martyn Oates said: "Sources have told us that this will not go ahead because of problems in financing it.”

Friends of the Earth’s Head of Campaigns, Andrew Pendleton said:

“The Government must urgently delve into the reasons why the plug has been pulled on this key wind project, including asking searching questions of its own policies and anti-green rhetoric.

"Wanton green-bashing by some at the heart of the Coalition is starting to cost jobs and threaten the future security of our energy supply.

“The UK has some of the finest offshore clean energy resources in the world – we must harness it to wean the nation off dirty and increasingly costly fossil fuels.”

But other environmentalists are more than happy with the decision given their concerns over the effect that the wind turbines could have on the local wildlife and environment.

The manager of Lundy Island for the Landmark Trust, Derek Green, said that ‘we are absolutely delighted’ if this information was true, as it would be “…fantastic news for tourism and wildlife in the Bristol Channel and in particular for Lundy”.

Mr Green did though go on to say that they were not against wind farms at all, it was just the location of this particular project that caused problems. "We all need electricity, but there are more appropriate places." He said. Words echoed by Steve Crowther of ‘Slay the Array’, who told the BBC that "This was clearly an ill-conceived scheme in completely the wrong place”. 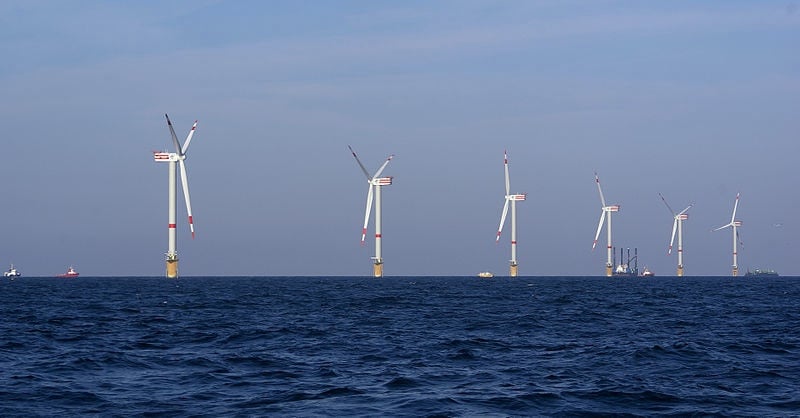